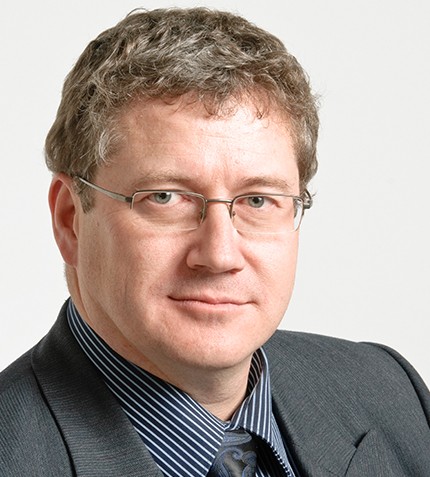 "Based on our exploration success at Côté, Karita, Diakha, Boto, but also Nelligan in Québec, we have been able to expand our pipeline, and I expect that the execution of these growth projects will increase our rating and bring us to a position when we can look at acquisitions."

How has IAMGOLD evolved over the years, and what are its main focuses today?

IAMGOLD is a mid-tier gold producer with over 30 years of experience in West Africa, South America, and Eastern-Central Canada. We have three operating mines: the Essakane gold mine in Burkina Faso, producing since 2010, and with a life span to 2030; the Rosebel mine in Suriname, which also has a LOM going into the 2030s and we foresee potential expansions as we acquired a satellite deposit at Saramacca back in 2016; and the Westwood underground project in Québec. Additionally, IAMGOLD has different growth opportunities together with several pipeline projects. Our key development projects are the Côté Gold project in northern Ontario and the Boto project in southeast Senegal.

How has the pandemic affected IAMGOLD’s operations?

IAMGOLD reacted quickly in early March by setting up a three-tier crisis committee: one team looked at mitigating on-the ground challenges; a middle-tier committee was in charge of streamlining logistics, supply chain processes, shift rotations, and people movement; and a corporate level committee addressed broad-scale issues such as stakeholder engagement.

Each operation was impacted differently. Westwood was shut down in late March for about four months. Back in operation now, I commend the team for managing to bring back productivity to the pre-pandemic levels at this underground operation. Essakane was put on “island mode,” with part of the team working from home; we expanded the accommodation camp for those remaining on-site to limit interaction with surrounding communities. Most challenging was the administrative quarantine implemented by the Burkinabe government, which meant we could not execute the usual shift changes.

Suriname only had few cases initially, but a spillover of cases from Brazil ignited the outbreak at the end of May. This forced us to suspend operations for about five weeks, but now we are back to work.

The Essakane mine is preparing for an optimization transition from CIL operations to an HL project. Could you comment on the mine’s performance to date and the plan outlined for the next decade?

Essakane is our top performing mine and a major cash generator, consistently producing over 400,000 oz/year. As part of our NI 43-101 filings last year, we published a LOM plan which foresees the carbon-in-leach (CIL) operation to continue until 2026. Five years from now, we will start building a heap leach (HL) facility to allow the mine to run for up to 2031. This design took into account lower gold prices, but at the current high price, it would also make sense to run the stockpile material through the CIL at the end of the mine life. So, there are still different options on how we can go ahead with Essakane. Moreover, we have an aggressive exploration program around the mine, part of a land package of around 1,300 km2 of concessions.

IAMGOLD has significantly increased its reserves since 2016 and runs a few development and exploration projects in West Africa. What opportunities for synergies between these projects do you currently see?

IAMGOLD’s foundation mine is Sadiola in Mali, but last December we announced selling this mine, together with its sister Yatela. However, we have a large land package in southwestern Mali at Diakha Siribaya, which is continuous with our Boto concessions in Senegal and the Karita concessions in Guinea. Were it not for the national borders, we would be looking at up to 7 million oz in a 12 km stretch. Boto remains the main player in the region, yet we are also working on a holistic scheme which we call the Bambouk Gold Complex, that could see us converging Diakha and Karita to Boto, an out-of-the-box project, with some challenges in terms of political and tax implications of moving between different sovereign territories.

Do you believe the high gold price will lead to more industry consolidations?

I believe many majors now have the necessary cash to fill their pipelines, after understanding that reserves have been substantially depleted over the past nine years. To get back to their desired production levels, they will need to buy the assets, because it is uncertain how much time they have to find and develop such assets themselves. Nevertheless, this strategy does not change the global outlook, because buying an asset does not add in more reserve ounces worldwide. As an industry, we are quite shy about getting too aggressive in terms of raising our cut-off grades, which would add resources and extend operations lifespans. The cost barrier continues to inhibit the industry for now, despite higher gold prices. Because many players have exhausted their high-grade resources, I suspect a market reaction when producers start shutting down operations and supply drops, so the next five or six years should be very interesting.

IAMGOLD is well positioned to grow organically without the need for acquisitions. Also, we are currently undervalued, which gives us limited currency to make acquisitions. However, based on our exploration success at Côté, Karita, Diakha, Boto, but also Nelligan in Québec, we have been able to expand our pipeline, and I expect that the execution of these growth projects will increase our rating and bring us to a position when we can look at acquisitions.