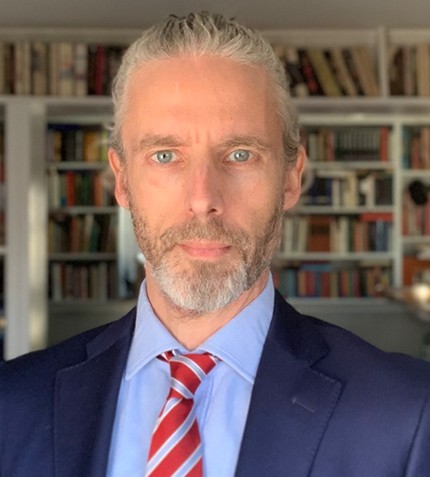 "We are in a very good position in terms of public awareness and it is our role to live up to that responsibility."

PBOA’s mission is about advancing the regulatory, legislative and general business interests of pharma and biopharma CDMOs. What are some of the key pieces of legislature that are driving the business today?

PBOA was founded in 2014, and the first piece of legislation we were involved with was the FDA Reauthorization Act (FDARA), which passed in August of 2017 and extended new five-year terms for a number of FDA User Fee programs. From there we began working with congressional offices to help give them an idea of what the CDMO sector is, and the role it plays not just in providing dosage forms for patients in the US, but also the vast number of jobs it is responsible for in America. We got involved in drug shortage proposals with congress and FDA, which have not yet been moved into law but may be revisited soon. We also helped with the opioid omnibus the US Congress developed and passed, which had some well-intentioned provisions that would have proved calamitous were they enacted. We have worked on an educational level, as well as helping with discrete pieces of legislation. In particular, even before the pandemic, there were questions about the pharmaceutical supply chain, and how to secure it from a US-centric perspective. This was initially driven by a protectionist desire to “bring manufacturing jobs home”. However, by summer of 2019, Democrats in both the House and the Senate were pushing this issue from a national security perspective. PBOA helped explain the sector to them, including information on how much capacity is already present in the US, and we brought in voices from the API side. We outlined what timeframes would look like, and what some of the incentives could be to reorder certain aspects of the supply chain. Once the pandemic hit, we had a lot more involvement with federal agencies, Congress, FDA and other bodies when it became clear that CDMOs were going to be absolutely critical to manufacturing vaccines and therapeutics that were going to help get the world through COVID.

To what extent do you anticipate a reshoring of supply chains?

We try to communicate this to Congress that, as much as you want to focus on manufacturing in one country or one region, you still need a robust supply chain, and you must be aware that CDMOs’ customers are not selling solely into America. They are manufacturing and selling into other markets and sometimes supply chains are designed around logistics, sometimes there are local content rules. They need to have a supply chain that is antifragile. It must have multiple points to it. There is plenty of dosage form manufacturing in North America, and there are other parts of the supply chain that can shift here, but such moves will take many years and they will affect the costs of drugs ultimately.

Are we seeing the value of CDMOs expand in today’s market?

With some key exceptions, the CDMO sector is largely private equity owned. The PE model is to hold companies for five to seven years and then either sell to another PE firm or merge with another company. This model has held up for decades. What we have seen in recent years is an increase in valuations, partly because of the notion that CDMOs represent a pharmaceutical investment that doesn’t carry the direct risk of R&D pipelines. You are getting some pharma benefits: steady demand and drug-driven growth, but without as much risk of collapse if a pipeline candidate fails. That said, you don’t get the upside of those drugs succeeding and blowing up in the market, but CDMOs are getting steady revenue growth.

On the M&A front, today it has become much more about acquiring specific technologies that are useful. For example, Catalent acquiring Paragon Bioservices for US$1.2 billion, and Thermo Fisher Scientific’s acquisition of Brammer Bio for US$1.7 billion. These acquisitions allowed Catalent and Thermo Fisher access to the cell and gene space without having to build from nothing. Also driving valuations is a demand for outsourced services throughout clinical and commercial manufacturing. Lastly, we are seeing large-scale investment for end-to-end capability with companies like Samsung, Lonza and Cambrex. Each of these factors has contributed to very healthy valuation environment for CDMOs.

Do you have a final message regarding the state of the CDMO sector?

Because of the pandemic the CDMO sector has never had a higher profile than it does now. The general public is starting to understand that just because it says [Drug Company X] on the label, that does not mean that is who made the vaccine or therapeutic. We are in a very good position in terms of public awareness and it is our role to live up to that responsibility. Congress and the FDA understand our sector better now and they bring us into the conversation because they know that without us, all of these innovative therapies in development cannot come to reality.