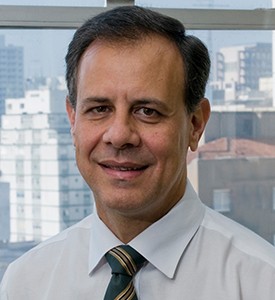 "This movement consolidates Oxiteno’s position as the largest ethoxylator in the Americas and the only one with continent-wide coverage. Oxiteno has strengthened its performance in the region through the expansion of its commercial and technical structure, opening a commercial office in Houston and, in partnership with the University of Southern Mississippi, installing an R&D laboratory on the Hattiesburg campus."

What have Oxiteno’s main achievements been in Mexico since 2014?

Since 2003, with the acquisition of the Canamex unit, Oxiteno has continued its development plan in the region focused on filling the needs of its customers, expanding through acquisitions and modernizing and enlarging its production units. In 2015, Oxiteno invested US$20 million in its Coatzacoalcos unit, expanding its productive capacity by 30,000 mt/y. This expansion allowed Oxiteno to increase its line of specialties, diversifying the variety of products and solutions offered to local customers, as well as opening other export opportunities.

Oxiteno continues to modernize to meet the most challenging demands of our customers and markets, corresponding to the most diverse certifications, and to verify the quality of its products. In addition, we would like to highlight Oxiteno’s certificate for the Responsabilidad Integral program awarded by ANIQ in 2015 and 2017. In 2017, Oxiteno Mexico was also recognized by ‘Great Place to Work’ as one of the best companies to work at.

How will the new alkoxylation plant in Pasadena, Texas, impact Oxiteno’s business in North America?

This movement consolidates Oxiteno’s position as the largest ethoxylator in the Americas and the only one with continent-wide coverage. Oxiteno has strengthened its performance in the region through the expansion of its commercial and technical structure, opening a commercial office in Houston and, in partnership with the University of Southern Mississippi, installing an R&D laboratory on the Hattiesburg campus.

What are the benefits of the partnership between Oxiteno and the Mexican Petroleum Institute?

The purpose of this collaboration is the exchange of technological knowledge, focused on the development and modernization of solutions for the oil sector.

Do you see major challenges in the supply of raw materials in Mexico?

Mexico has great potential and has been identified as an emerging nation with promising economic prospects in the next 20 years. The country has abundant raw materials, such as natural gas, oil and derivatives; resources that attract the attention of several domestic and international investors.

Additionally, we consider not only Mexico's potential and abundance of resources but also its strategic geographic position. We would also highlight that Mexico is one of the leading countries in bilateral trade agreements in various regions of the world. This not only provides sales opportunities for its products but also for the acquisition of raw materials from other countries.

The main objective of the energy reform is to increase investment by domestic and international companies in Mexico. This can lead to the creation of new companies with their own investment programs or associations with PEMEX (for example, joint-ventures).

These factors open the opportunity for the creation of new jobs and the integration of productive chains, which should increase the share held by petrochemical and chemical industries above their current 2% of GDP.

What are the future prospects for the chemical industry in Mexico?

The chemical industry employs more than 150,000 people. According to ANIQ, the sector ended 2017 with US$4 billion in investments made, mainly in operational improvement projects. With the energy reform and the evolution of NAFTA, the industry could have an even greater share of Mexico's GDP.