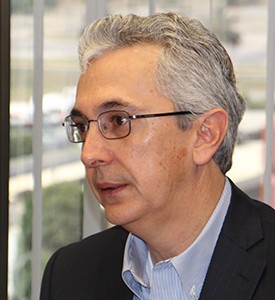 "The market in Mexico used to be only based on price, but now clients are also looking for quality and are able to pay a little more. Companies must have high efficiency and be prepared to produce products when the client needs them.” 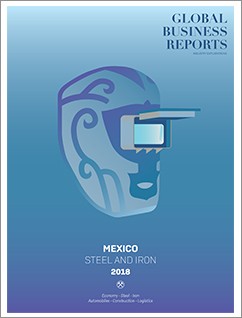 With growth averaging over 2% in the last few years, how has this affected the steel sector?

Gerardo Trevino (GT): In the six years of President Peña Nieto’s administration many reforms have been introduced but the economy has not been growing at a high rate. Nevertheless, companies have been performing well and we have observed a change in the economy; before it relied a lot on oil and gas but now our strongest industries are in manufacturing, in particular automotive. Whilst the internal market has been subdued, exports have increased, benefitting from Mexico’s free trade agreements with many countries.

Carlos Lopez (CL): In relation to steel, some companies have experienced difficulties due to currency fluctuations, especially those that have liabilities in foreign currencies. This is a problem because steel prices are denominated in dollars in Mexico, although many companies also sell steel in dollars which helps cancel out the effect. Some companies are vertically integrated and have raw materials in pesos, so they are in a slightly better shape. Two years ago the steel price was at its lowest level, but since then it has been increasing. It is expected to remain around its current level as China reduces production.

What trends have you observed in the production of steel in Mexico?

GT: Mexico is still a net importer of steel but companies are continuously producing more locally. Much of new production will substitute certain imports of value-added products. For example, the automotive industry has specific steel needs and a few local players can meet those yet.

CL: Specialty steel is sold at a higher price than commodity steel, whilst the fluctuation in price is also lower and margins are higher. This is also why companies are moving into this market.

How does Deloitte help steel companies in Mexico?

Roberto Benevides (RB): We help clients to achieve better results and we participate in top publications to inform the industry about what is happening in the global market. We also collaborate with Canacero and other associations to keep up-to-date on the market. We produce a survey every six months of around 1000 CEOs, called Barómetro, measuring their perception of Mexican and international markets.

How are the NAFTA negotiations affecting the business environment in Mexico?

GT: When President Trump first got elected many Mexican companies were nervous. For about three months companies delayed investments until they knew what would happen, although after that they started to invest again. Some big investments, such as by Ford, were cancelled but overall it has been business as usual. Companies believe there will be negative effects but there will not be a big change. They are also looking at alternatives to the United States, such as other Latin American, European or Asian countries. Although NAFTA has been great for all three countries, including US automotive companies based in Mexico, executives are not as afraid as when Trump first got elected. Everything is so intertwined it will be difficult to destroy the trade relationships.

In the move towards specialty steels, how have companies tried to get closer to their clients?

GT: Nowadays being close to your client is even more important. In the automotive industry, for example, if you want to sell even one mt of product, it is not easy as there are a lot of tests and stringent certifications. Probably you will have to send a sample to be assessed by a Tier 1 company. Then your steel mill has to be certified by an OEM. Therefore, companies are trying to be very close to their clients. Once you are in with a client, it is difficult to be replaced due to all the requirements.

CL: The market in Mexico used to be only based on price but now clients are also looking for quality and are able to pay a little more. Companies must have high efficiency and be prepared to produce products when the client needs them.

How do you see the outlook for Mexico’s steel sector in the next two years?

CL: There has been an increase in capacity of wind energy, with projected investments in 2017 twice as large as 2016. After the government’s power market reforms, many private investments have been made into electric generation plants, such as wind farms and co-generation plants, including those from steel manufacturers like AHMSA and Ternium. All of this creates a huge demand for steel. Construction is also expected to drive demand, as are pipelines for oil and gas.

GT: As a net importer, there are opportunities to substitute imports with domestic production. Relatedly, the industry has the potential to move into higher value-added products and the government’s infrastructure plans, the new airport in Mexico City and other projects will also drive demand.