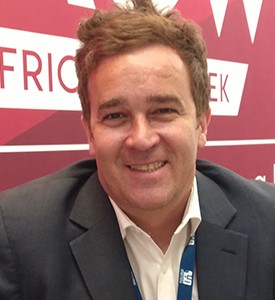 “Twenty years ago it was impossible to think about an off-grid natural gas network. Today, Africa can build it with our innovative and efficient technologies, which work very well both in large producing countries and those looking at gas imports or monetizing small gas fields.”

What is the history of Galileo Technologies?

Galileo Technologies started in Argentina in the 1980s, when we introduced compressed natural gas (CNG) and successfully promoted its massive adoption., Thanks to our experience in the design and manufacture of gas reciprocating compressors, we entered the upstream and midstream oil and gas segments with a wide portfolio of compressor packages. We created the Virtual Pipeline concept, which is the transportation of compressed gas in cylinders via trucks. Today, this solution is widely used across the world, but many people do not realize that this technology started with us in Argentina.

The main milestone for Galileo in the last 15 years is the creation of the Cryobox LNG production stations. This is a technology that can liquefy natural gas from any source. It has a very minimal footprint, as you have everything you need contained within a 40-feet container. It is a plug-and-play solution that requires no civil works and can be in production in just six months, whereas a mid-scale LNG plant takes no less than two years. Also, the solution is modular and scalable. Today, any mid-size or large-scale plant cannot be built without having an off-taker. However, if you start up at a small scale, you can cover the initial needs of a small client and after that you can evaluate an expansion as your business grows. This is really a game-changer and is 100%-developed by Galileo.

How did the Cryobox solution expand internationally?

We installed our first Cryobox in 2013 in Argentina for a bunkering operation. We then installed a plant in North Dakota, where a client used the LNG for drilling and fracking operations. The innovative aspect here is that the client started taking the flare gas – which is both environmental and economic waste – and converting it into LNG. We installed these solutions in Australia, Colombia and Argentina, and in 2016 the Cryobox machine evolved from being an electric-powered stationary unit to becoming a Cryobox-trailer, with a gas-powered engine with the capacity to move easily to different locations. This aligned perfectly to the needs of shale gas operations, whose wells have a shorter lifespan than conventional wells.

In North America we have a midstream company called EDGE LNG that provides these services to oil and gas operations in the Permian, Bakken and Marcellus formations, taking flare gas or gas from non-productive wells and converting that gas into fuel for the drilling or fracking activities. It is also used in EOR (enhanced oil recovery), whereby the LNG is reinjected into a well to increase pressure and produce more oil and store the gas. We now want to replicate this model in Africa.

What have been the results of your Africa sales so far?

Galileo’s compressors are in South Africa, Mozambique, Nigeria and Cameroon, and we have just sold a gas-lift compressor package in Angola for Pluspetrol. This gas-lift unit is a field compressor that takes the pressure from 2 bar to 14 bar, and that gas is reinjected into the well with the purpose of increasing oil production. This is a first step, and we will probably install more units with Pluspetrol. Beyond this we see important opportunity in the country because the diesel market is starting to open up in Angola. Before, diesel was heavily subsidized, but now prices are going up dramatically, and companies are starting to realize that diesel power solutions are going to become very expensive,and that they need a gas-based solution. We are ready to develop the LNG distributed production model in Angola.

In Nigeria, there is a large program by the government called ‘Nigerian Flare Gas Commercialization Programme,’ and there are many players already interested in the monetization of flare gas in the country. The companies that have won the contracts will use our technology to liquefy and distribute the gas. By 2020, we expect that we will have at least 14 units installed in the Niger Delta.

How well positioned are you to grow in the market with the support of Blue Water Energy?

Blue Water Energy is a British group and one of Galileo’s two primary stakeholders. We have received great support from them and the necessary capital to expand our business model. In the past, Galileo was only focused on the sale of equipment, but selling equipment to people that are not familiar with the technology is very difficult. Now, we can offer a turnkey solution: we compress, liquefy and sell the gas molecule directly, connecting any methane source to consumers. We have done that in Argentina, Brazil Colombia, the United States and Europe, and we look forward to developing this business in Africa.

What are the prospects for Galileo in Africa?

Africa is the market of the future for us. In West Africa there dealing with flare gas represents a significant challenge, and additionally there is an enormous infrastructure deficit. Twenty years ago it was impossible to think about an off-grid natural gas network. Today, Africa can build it with our innovative and efficient Cryobox and Virtual Pipeline technologies, and this can work very well both in large producing countries as well as others, like South Africa, that are looking at gas imports or at monetizing small gas fields. We believe that our technology is a perfect match for Africa. 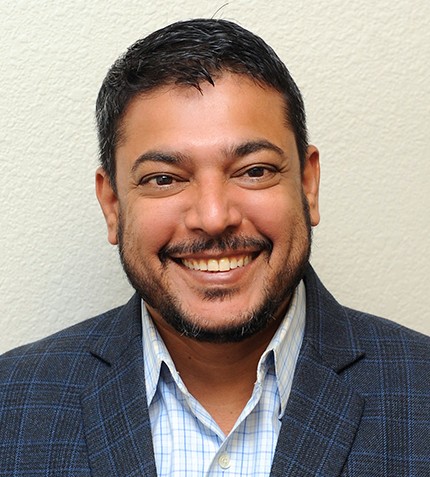