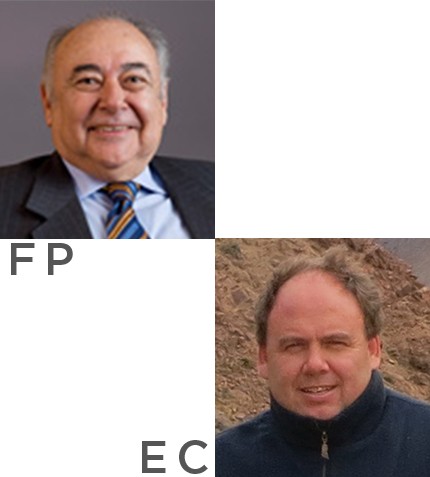 "We are only going to be using one-third of the water consumed by other similar projects." 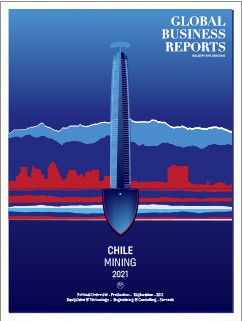 Can you give us an update on Los Andes' most recent developments?

FP: We published a Preliminary Economic Assessment (PEA) in June 2019, and we have been working on a pre-feasibility study (PFS), including a drill program, which we expect to commence following authorization from the government. Los Andes is also currently preparing to develop an environmental impact study.

EC: Approximately 85% - 90% of the PFS has been completed, including work relating to grinding, layouts, and process selection. In 2020, substantial metallurgical testing was conducted to validate the switch to HPGR grinding, which has significant benefits to the capex and cost associated with the project. The testing work also allowed us to change our tailings disposal method to filtered tailings, which has a significant impact on our water consumption. We are only going to be using one-third of the water consumed by other similar projects. The project's footprint will also be reduced as our tailings will be disposed of as a solid and will eliminate the need for a tailings dam.

Can you elaborate on the Vizcachitas project's resource potential, the surrounding infrastructure and location?

EC: From a geological perspective, the current mineralization is open in most directions. Last winter we worked on understanding the extensions, particularly those immediately surrounding the current resource. We optimized the project on an operational scale, at a starting rate of roughly 110,000 tonnes per day. With a large land package such as Vizcachitas there are so many alterations that one can spend the next 15 years drilling and finding more resources.

How are you addressing the issue of power to the mine and to what extent are you relying on renewable energy sources?

EC: Currently, we are still sizing the power requirements of the project. We own hydroelectric water rights in the Rocin river, allowing us to put together a small hydropower project. We are thinking about where power generation dynamics are going over the next 30 years and want to make sure that we include a significant portion of energy as renewable energy.

How would you characterize the current health of the Chilean mining industry?

FP: I believe that copper has a promising immediate future, being reflected in the increase in prices. Over the past three years, Chile has been able to maintain its production level. However, we have not seen many additional new production projects, and investment is mainly focused on sustaining production. There has been sustained investment, but I do not see substantial growth in copper production in the near future, and this is where I believe our project can play a role.  The government also has a role to play in developing new projects to maintain and increase Chilean production levels.

What is your vision for Los Andes Copper?

EC: We operate one of the most attractive new copper projects. When you compare Vizcachitas with greenfield or extension projects, the fundamentals are very compelling in favour of Vizcachitas. We are focused on ensuring that our project's configuration is sound, reliable, and favorable from an environmental and social perspective to continue advancing the project.