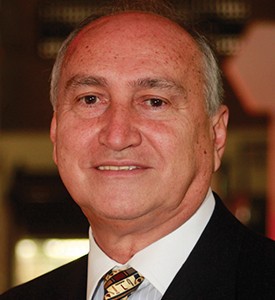 "In 2016, Brazil’s chemical industry was the sixth largest worldwide, but in 2017, we lost two positions and we are now the eighth largest. Imports have been increasing sharply over the last years and they now meet around 38% of the demand for chemicals in the country. Our industry has a 21% idle capacity."

Could you give us a snapshot of Brazil’s chemical industry and the challenges it faces?

The chemical industry in Brazil represents 10% of the country’s industrial GDP and is the third most important sector. In 2016, Brazil’s chemical industry was the sixth largest worldwide, but in 2017, we lost two positions and we are now the eighth largest. Imports have been increasing sharply over the last years and they now meet around 38% of the demand for chemicals in the country. Our industry has a 21% idle capacity.

Among the issues we face, the first one is raw material costs. The Naphta price in Brazil is one of the highest in the world, and the gas price is three or four times higher than international prices. Secondly, we have very high energy costs. Third, logistics costs are 7% higher in Brazil than in competing countries abroad. Finally, there are other general issues such as high taxes.

What are the potential solutions to these issues?

One of Abiquim’s suggestions was to reserve a portion of the oil and gas resources from pre-salt to promote the development of the refining and chemical industries. This has already been approved by the government. The problem of high energy costs, however, is not easy to solve. Brazil has a very green, but expensive, energy matrix. Finally, with regard to logistics, earlier this year we carried out a study from Bahia to Rio Grande du Sul (covering the area of the three large petrochemical poles in Bahia, Sao Paulo and Camaçari). Through that study, we made around 70 recommendations on how to improve logistics for the petrochemicals industry through 2035, for instance with an increased use of highways and cabotage. Also, recently the Ministry of Development approved our suggestion to create of a working group on the chemical industry.

How are you shaping up the chemical industry agenda for the new administration?

With the support of Deloitte, we sent a study to five presidential candidates, containing six main themes (raw material, logistics, energy, innovation/Chemistry 4.0, foreign trade and regulation) and 73 recommendations. All around South America we have a lot of political experience working with all sorts of governments, from far left to far right. At the end of the day, the governments want to create jobs and need to work with the industry.

Analysts are optimistic about Brazil’s E&P future in hydrocarbons. How do you read the development of the pre-salt resources?

The pre-salt development did not move for a while due to low oil prices, but now we see a lot of action from the government through auctions. The expectation is that Brazil can produce around 5 million barrels per day, tripling current capacity by 2030. Also, analysts predict that Brazil will be self-sufficient in gas as soon as 2022, so we would not have to worry any more about supplies from Bolivia. The prospects are very good from an oil and gas production perspective – the issue is to find a way to use this to develop the industry in Brazil, generating added value and jobs.

Has Brazil set the foundations for faster economic growth?

People say that Brazil is recovering but I do not see that. To grow by just 1% is a failure for a country that has the potential to grow between 3% and 5% annually. The Temer administration did some very good things, like the labor reform, but failed to pass a social security reform. Then, interest rates in Brazil continue to be high. For an industry that is highly capital intensive, to have high interest rates, combined with all the other problems we have discussed (high feedstock, energy and logistics costs), is a deterrent to new investment.

Finally, what can the industry do to tackle the issue of plastic pollution?

Today, any company who wants to be member of Abiquim needs to fulfill the requirements of the Responsible Care program. For many years as well, we have been working with Plastivida, an institution that works on the environmental and social aspects of plastics. They are implementing education programs in schools. Overall, we believe the most important issue to address in this subject is education. Well-educated people will not cause ocean pollution.