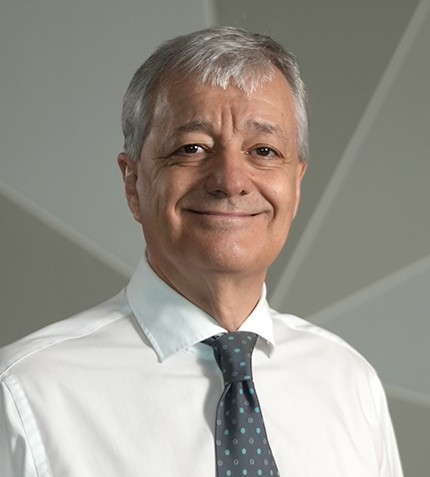 "At ICES, we want to be an innovation partner with two priorities: to be a key enabler for Singapore to reach its sustainability targets and to help the specialty and pharma industries to stay competitive in the future."

What are some recent milestones at A*STAR and ICES?

A*STAR celebrates its 30th anniversary this year, while ICES is almost 20. Throughout this time, A*STAR has served as a “translation engine”, generating and translating scientific discoveries into commercial applications for the economy and society. Over the past year, A*STAR has specifically been engaged in the fight against the pandemic, leveraging its expertise in genome analysis, developing test kits, and mask design, for example.

A reinforced focus over the last two years is on sustainability, driven by society (and consumers) on one end, and by regulators on the other. The third pillar is the chemical industry’s own desire to contribute to sustainability. The driving theme for ICES has thus been on the circular economy and on finding sustainable solutions for Singapore and the world at large.

Inter-related to sustainability, we have also considerably stepped up our digital approach to R&D, one example being our program called the Accelerated Catalyst Development Platform, using machine learning to speed up the development of new catalysts and processes.

Could you familiarize our audience with initiatives and solutions around “decarbonization”?

Carbon management is a key factor for sustainability; CO2 levels are a good proxy or measure for climate change. Like other countries, Singapore has ambitious goals to reduce CO2 emissions, which is a tough journey involving both new technologies and behavioural changes.

The term “decarbonization” could be somewhat misleading because our world is based on carbon; what we need to decarbonize are our energy sources, by either using alternative sources, like solar energy or, if we have to use a carbon source, by capturing the CO2 and converting it into something else. This conversion process relies heavily on catalysis which is one of ICES’ core competences. For instance, we have worked with a Japanese partner called IHI Corporation which has developed a system comprising of a custom-designed reactor and a catalyst to transform CO2 into methane (natural gas). ICES is also helping IHI to develop a catalyst to transform CO2 into olefines, which can be used as polymer raw materials.

CO2 can also be transformed into kerosene, used as an aviation fuel, which is another research area we work on. This is a circular solution, because rather than eliminating CO2, it transforms it into fuel that will again create CO2 upon use. But to reach climate goals, we need to do more than reducing the amount of CO2 released into the atmosphere - in fact, we need to cut current levels, and this is the bigger challenge. One method we work on is mineralisation, where CO2 is captured in a mineral, forming calcium carbonate (rocks) that can be used as sand applied in land reclamation or road construction.

In your view, how important are public-private-partnerships in driving innovation?

Simple math shows why open innovation thrives off a diverse and potentially endless pool of people: at A*STAR, we are about 5,000 people, while there are almost eight billion people globally, so the likelihood that someone outside of A*STAR comes up with a good idea is simply staggering. Complex challenges require a multiplicity of minds. Besides numbers, if we look at this problem qualitatively, the nature of the relationships forged is also very important: If a chemist works with another chemist, we are looking at a usual partnership, but if a chemist works with an architect, we call this an “unusual partnership”- and this is where innovation is taken to the next level. In terms of encouraging innovation out of unusual partnerships, Singapore is a perfect place: in under 720 km2 lie in close proximity scientists from different fields, leading universities, research centres, A*STAR, and various industry players, often interacting and collaborating.

How does the industry benefit from the RIE2025 plan?

The RIE has increased with every tranche since 1991 when this R&D journey began; roughly, it represents about 1% of total GDP, allocated to research and education. There are many competitive grants and opportunities for joint research the industry can participate in.

Singapore is very dedicated to sustainable development. At ICES, we want to be an innovation partner with two priorities: to be a key enabler for Singapore to reach its sustainability targets and to help the specialty and pharma industries to stay competitive in the future.