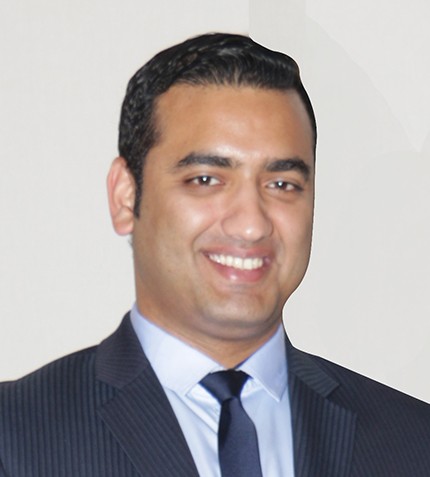 "This will enable Rusan to be integrated right from the crop to finished formulations and enable us to tap the unmet potential of the emerging markets for pain and addiction treatment medications at affordable prices." 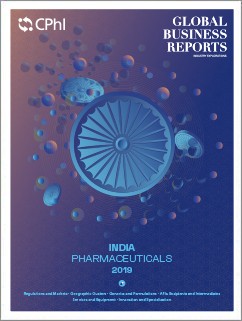 Rusan Pharma works primarily in the space of controlled substances. Could you briefly describe the regulatory particularities of this market and Rusan’s strategy to overcome the associated challenges?

With the opioid crisis plagueing the US with a population of about 330 million, we see a sharp contrast in the East, where in countries like India with a population of 1.31 billion only 2% benefit from palliatve care coverage. The lack of access to controlled drugs for pain management is striking: the average morphine equivalence in South East Asia in 2015 was just 1.7 mg per capita, while the global average was 61.5 mg per capita.

Such a low consumption of controlled substances in populated countries is partly also because of the national laws intended to monitor and control the manufacture, supply, transporation and consumption of them. For example, in India, the Narcotic Drugs and Psychotropic Substances (NDPS) Act of 1985 obliged medical institutions that needed to stock opioids to maintain import, export and transport licences, to be obtained from different government agencies – such as excise, revenue, health and others, for each of the states involved in the transport and transit of the consignment. The task of maintaining the validity of multiple licences and the complexity of procedures stipulated by the law discouraged most hospitals from stocking opioid medications. Furthermore, the punishments were disproportionate, with rigorous imprisonment for even minor errors.

Our Chairman, Dr. Navin Saxena, was invited to the Indian Parliament to give an industry perspective on how the consumption of controlled substances could be improved. The Indian Government finally amended the draconian NDPS Act in February 2014, taking into consideration some of our suggestions as well as from the doctors and key opinion leaders. This was a landmark achievement. As per the new law, procedural rules were made uniform and standardized across the country, as the central government took control of the opioid medicines that it designated as “Essential Narcotic Drugs (END)” (Morphine, Fentanyl, Methadone, Oxycodone, Codeine and Hydrocodone). The state drug controller became the single agency at the state level authorized to designate the status of recognized medical institutions (RMIs). The RMI status is for a period of three years and gives the designated institution the authority to stock and dispense essential narcotic drugs in alignment with the central government regulations, without need for any additional licences.

However, in the five years that have elapsed since the amendment, the law has yet to be implemented in full in India’s 28 states and nine union territories. Opioid availability in India remains abysmal, and awareness about chronic persistent pain, its presentations and management using opioids remains very poor among medical professionals.

Over the years, Rusan has developed its portfolio of controlled substances spanning from morphine (Rumorfâ) and methadone (R-Methâ) tablets to Fentanyl (Fenstudâ) and Buprenorphine transdermal patches (Rupatchâ). Our backward integration to the API of these controlled substances manufactured at our EU GMP API facility in India gives us an edge over our competitors and enables us to provide these controlled medications at an affordable cost.

Rusan Pharma’s mission also has a social dimension in the area of addiction and preventative care. Could you briefly describe Rusan Pharma’s engagement in matters of perception and public policy related to addiction?

Dependence on drugs, alcohol and tobacco is a growing problem not just in the developed countries, but especially in the emerging markets such as S.E. Asia, Africa and LATAM. As we know that any form of substance abuse not only affects the individual, but also the family and the people around them, thus making preventive care and addiction treatment an urgent public priority.

In India, according to a recent survey in 2019, there are about 7.7 million patients who need  help for their opioid use problems and 29 million affected by alcohol dependence. 266.8 million adult Indians currently use tobacco (smoked and/or smokeless tobacco). Of this, about 154 million adult Indians are thinking of giving up tobacco (smoked and/or smokeless tobacco).

Earlier in India, drug dependence was not seen from a medical prism by the government authorities; addicts were treated as criminals rather than victims of drug abuse. Our first challenge was to change this mindset. We liaised with the government, relevant institutions and key opinion leaders to de-stigmatize addiction, starting from the legal and institutional level. After years of hard work, the Government of India finally incorporated drug dependence treatment with Bupreonorphine sublingual tablets under the National AIDS control organization (NACO) and the medication is dispensed free of cost to the patients. Since then, several states such as Punjab have also started providing deaddiction medications free of cost to patients.

Rusan is one of the few companies in India to be a one-stop solution for the addiction management and the first company in India to launch buprenorphine (Addnokâ) & buprenorphine+naloxone sublingual tablets (Addnok-Nâ), methadone syrup (R-Methâ), naltrexone tablets (Addtrexâ) and nicotine transdermal patches and gums (2baconilâ). Since, we are backward integrated to the API for most of the above mentioned deaddiction products, we are able to work with the government organisations, state authorities and Ministries of Healths of various emerging markets, where we can provide a one-stop-solution with our niche deaddiction range at an affordable cost and quality as per global standards.

Rusan Pharma has adopted a path towards backward integration. Could you elaborate on the strategy behind this decision?

Controlled substances is a very niche market globally, and achieving backward integration is critical to remain competitive. Founded in 1994, Rusan Pharma started with a small R&D center which enabled us to build the API and finished formulations currently in our product portfolio. We subsequently built our API facility, which is now EU-GMP approved and remains the strength and backbone of the company. We are also planning on seting up a multi-million dollar state-of-the-art automated API manufacturing facility in India, expanding our API manufacturing capabilities.

We have setup three finished formulation manufacturing facilities in India, which cover all the dosage forms such as tablets, sachets, syrup, injections, pre-filled syringes, transdermal patches and oral films.

Further integration back to the opium crop has also been the vision of Rusan and we are one of the only private companies in India granted a trial cultivation license to legally cultivate the opium crop and extract the alkaloids (thebaine, oripavine, morphine and codeine) which are used as starting material for the manufacture of the APIs for most of the pain and addiction treatment medications. This will enable Rusan to be integrated right from the crop to finished formulations and enable us to tap the unmet potential of the emerging markets for pain and addiction treatment medications at affordable prices. Our focus has always been innovation and technology; we are not just a generics company and we focus on new technologies and new platform deliveries, reflected in our state of the art R&D arm. Innovation, in my opinion, is the only thing that can drive the business forward.

In 2016, we launched two independent companies, namely: Quantys Clinical Pvt. Ltd, a 104 bed CRO specialized in transdermal patches, implants and novel deliveries. We also founded NSRT, which is a state-of-the-art R&D center where we focus on various novel platform technologies, like transdermal patches, implants and abusedeterrent technology. The center benefits from computer-aided drug design and is focused on areas including Parkinson’s, Alzheimers, schizophrenia, orphan drugs, zika, dengue, malaria and new technologies for needle-free deliveries. In 2017, we took a further step forward through the launch of Navicare, an innovative concept of private clinics for the treatment of addiction and pain management.

Drug Delivery Systems (DDS) have been a particular focus in Rusan Pharma’s innovation efforts. Can you elaborate on why this has been the case?

Innovation is the driving force in this fast changing pharmaceutical industry. We soon realised that backward integration to the crop and API is not the only solution to growth but innovation of new platform technologies and new DDS hold the key to success.

The delivery forms that we are working on are tailored to ensuring better patient compliance.  For example, we are working on various opioid partial agonist or antagonist implants and depot injections capable of effectively managing drug and alcohol addiction for a period one to six months. We are already partnering with various US based companies and funding agencies to co-develop such innovative sustained release products.

Broadly, how important will R&D be for India moving forward into 2020 and beyond?

The global market for drug development services is expected to grow to US$102.8 billion by 2021. For the FY 2018, the cumulative R&D spend of the top 10 India pharmaceutical companies constituted 9.1% of the cumulative revenues of the companies amounting to about US$1.4 billion. In FY 2017, China invested approximately US$13.2 billion in medical R&D, accounting for 8.9% of the total global medical R&D investment in the same period. So, India would need to spend more to catch up with the pace of it’s neighbouring countries and become a preferred market for R&D.

The industry is shifting towards introducing new formulations and prioritizing R&D, rather than focusing on generic forms of expired patents held by multinationals. Some companies that we work with are developing old molecules with new indications, so that their approval time is reduced. Other companies are outsourcing to third parties and buying those late-stage development projects from companies like us, in order to cut down the R&D costs and reduce risks.

The Government of India is also steering in the direction of R&D focus through investments and tax breaks, but they need to do more and aim to transform ‘Make in India’ into ‘Innovate in India,’ because if the country does not innovate, it will be left behind.