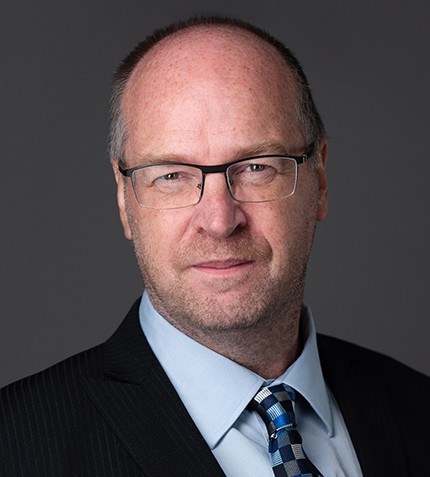 "When we look at any project we want a base resource we could start up an operation on but also visibility on a geological potential to increase that resource and the corresponding production profile of a project."

How is progress at Santana coming along, and to what extent have external factors such as the pandemic impacted its timeline?

Prior to Covid, when we did the financing for the mine build at the beginning of the year, our guidance was six to eight months construction time. When Covid hit, mining in Mexico was not classed as essential, so everything shut down for April and May. Considering that we were only able to start construction in early July, we are happy to say that it should be finished by early 2021, meeting the top end of our pre-Covid guidance. The rainy season was not bad this year, but government agencies being short staffed has slightly slowed down some red tape issues. We have definitely benefited from our team all being largely based in Mexico. Mining should commence in Q1 2021, with the first gold early in Q2 and expected free cash flow (FCF) by early Q4 2021.

The drilling we are currently (Nov 2020) doing at Santana is centred around final pit-optimization, rather than what I would consider raw discovery focused drilling. Once this has been completed we will move to test the other pipes at Santana. We know these are gold-bearing, but they have not been drilled yet. The success of this drilling will dictate whether Santana is a nice 45-50,000 oz/y operation, or what we believe the project can grow to – a 100,000 oz/y operation from a series of discrete pits to a central pad.

Can you tell us about the Cerro de Oro (CDO) acquisition made in August and the value you believe it adds to the company?

Some people have wondered if a higher gold price has meant more competition for assets. I think it is fair to say that asset prices are increasing, but for the right assets – those which really need an operating team to build – we have not suddenly seen a lot of teams spring up overnight that want to build gold mines as a result of higher gold prices. The vendor wanted more shares than cash for CDO, because he saw the upside for what we are building across our assets, so it cost MAI less than 1% dilution. There are also some staged cash payments, all largely set to come out after Santana is up and running.

At CDO we saw a project that mimicked the El Castillo mine that our team built under the Castle Gold banner. Both are gold discoveries from the early 90s with a 600,000+ oz starter resource to build a low capex, open-pit, heap leach operation on. Similarly to Santana, it should be a C$10 to C$12 million capex, so a real simple build for our team that can be moved into production quickly before being expanded.

What did the resource update for CDO released in November reveal?

The maiden resource at CDO was a conservative first look at the potential that will serve to support our permit applications that we expect to submit early in 2021. We applied very conservative parameters but as we add our own drilling in 2021 and further metallurgical work to that which had been done in the past, we think that there are many ways to refine and enhance the overall scope of the project from this very nice start. When we look at any project we want a base resource we could start up an operation on but also visibility on a geological potential to increase that resource and the corresponding production profile of a project. CDO most certainly lends itself to a project that could scale considerably over time.

What does the acquisition of CDO mean for La Fortuna, and should we expect to see exploration results from the project in 2021?

La Fortuna is a fantastic project, which will be a high-margin project in any gold environment. The PEA from 2018 showed a sub-US$500 AISC, and a low capex of US$27 million for a 50,000 oz/y operation. The thought is that it would be quicker to get Santana and CDO up and running first, and by having two mines running we may not need to take on any debt to build La Fortuna. Even more critically, the PEA was based just around a high-grade starter pit with a 5-year mine life. We know there are extensions to that pit, as well as greenfields discovery potential on the extensive land package.

Whilst it has been pushed down the pipeline, it will not be put on hold, and we will be able to add a lot of value drilling the asset in 2021 to look to add ounces. We also did the PEA at US$1,250/oz, so it will be remodeled for slightly higher gold prices, but still taking a conservative approach at around US$1,450. A 7-year LOM is really the minimum starter point we look at for our projects.

Do you think government actions such as the removal of the mining sub-secretary post in Mexico could impact investor sentiment at all?

There are tremendous benefits to mining in Mexico, which include the phenomenal prospectivity, but most importantly a clear path on permitting. A 1-year permitting process really allows you to sequence mine builds very effectively. While we saw some initial delays in certain permitting aspects following the new government, the process to permit hasn’t actually changed and is a huge advantage that Mexico and companies operating in the country have over other jurisdictions.

How has MAI’s investor base evolved, and what position has the C$15 million bought deal in September 2020 left the company in?

With the acquisition of CDO we had the justification for taking the C$15 million bought deal financing in September and were happy to take advantage of a strong market to do that. Excess cash from the September financing, coupled with FCF from Santana, means our existing treasury could be relied on to finish the Santana build and then contribute to the construction of CDO. It was also important for me to take the right kind of money. Close to C$10 million of the financing was from excellent institutions that I am happy to have as shareholders of the company, which has certainly bolstered our existing institutional shareholders. As we develop into a gold producer, it is my belief and desire to become more of an institutional story.