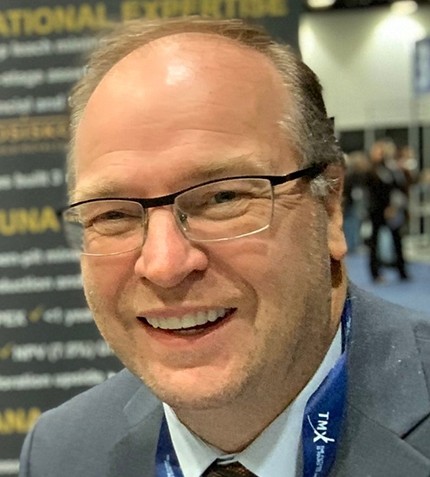 "As well as moving Santana into production, I would not be surprised if we look to add a pipeline development asset in the second half of 2020. The permitting environment and construction timelines in Mexico are highly favourable to sequentially building out a pipeline of assets in a much quicker manner than many other jurisdictions."

How has Minera Alamos (MAI) managed to raise the capital to build the Santana mine without taking on large amounts of debt?

Other than being a true operating team that has stuck together in Mexico, built around Mexican nationals and our CEO Darren Koningen who has his permanent residency in Mexico, one of the core competencies of the Minera Alamos (MAI) management team is building mines with industry-leading capital intensity. We have built mines for what seems like crazy-low capex figures before, to the point that I would get a lot of incredulous looks when explaining we could build a 25,000 ounce per year (oz/y) operation for roughly C$10 million.

With Osisko Gold Royalties, we blended C$6 million in equity with a C$5 million life-of-mine royalty and a C$3 million optional royalty, for a construction package worth C$14 million in total. We would consider taking on debt to build mine number two, but you do not want to be a single-asset company taking on debt and running the risk of getting the cycle wrong or having technical issues.

To what extent have the company’s plans been impacted by the COVID-19 outbreak, and what are the next steps as lockdown restrictions are eased?

We always try to err on conservative timelines, as the team has built three mines in the last 12 years and we know delays can happen. In 2019, we had a very good record in hitting all our targets, but this year construction was slightly impacted due to the lockdown, pushing the guidance back to completion around late Q4 2020. We were fortunate that in Sonora the state government acted more quickly, so it has not been as badly affected as other parts of the country. The eastern part of Sonora, where the Santana project is located, is remote, and we made sure that new housing was available for contractors to assist in social distancing measures. Following their self-isolation they began work on June 1st, the first mandated day to restart mining related activities in Mexico.

As well as moving Santana into production, I would not be surprised if we look to add a pipeline development asset in the second half of 2020. The permitting environment and construction timelines in Mexico are highly favourable to sequentially building out a pipeline of assets in a much quicker manner than many other jurisdictions.

What exploration potential do you see at the Santana project, and how do you compare this asset to Castle Gold’s former El Castillo mine?

Our business model is that we do not mind starting up an operation that has 400,000 ounces, as long as we have visibility of a geological footprint and system that can lend itself to a much larger operation. Castle Gold started at 25,000 oz/y, was heading towards 75,000 oz/y by the time it was acquired by Argonaut Gold for C$130 million, and went on to produce 100,000 oz/y regularly. The Talisker Exploration Services team have really helped us unlock the geological model at Santana which has allowed us to see a footprint that could echo what we did at El Castillo, most recently evidenced by the 248 meters of 0.60 g/mt intercept from the Nicho main zone that was announced on April 30th and represented the deepest intersection yet at the property.

We have identified a cluster of six or seven of these breccia pipes that are all within a few km of each other. With appropriate exploration success we can see the potential for two or three discrete pits servicing a central pad facility that can scale-up the production profile from internally generated cash flow. The biggest change in our company in the last year has been understanding that Santana could be a far more significant producer than what we had initially considered. Drilling in the second half of 2020 will help shine a light on this expansion potential.

How do you view the current dynamics of the gold market?

Gold sentiment has a very macabre nature to it, tending to do well when people are suffering in one way or another. We were going into a very healthy gold market before COVID, but now I believe we will see an amplified response from the market due to the economic cure for the virus.

MAI’s business model is not predicated on higher gold prices – we stress test everything at US$1,000/oz and run our models at US$1,250/oz – so if we are lucky enough to get into a US$1,700 market then our shareholders should feel that difference reflected in a stronger balance sheet. For too long the mining industry has been fixated on the wrong metrics, such as headline production and the amount of ounces in the ground, rather than focusing on the bottom line.