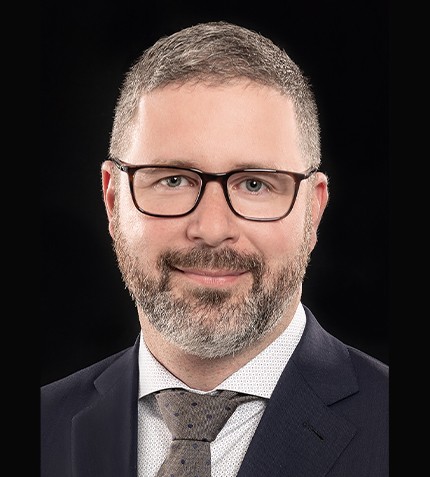 "With our balance sheet already in net cash position of over C$330 million after only three years of operations, we are fully funded to complete the project and further position our company as a global leader in high-grade iron ore."

How has Champion Iron progressed from its origins to where it is today?

In 2013, there was a merger between the previous entity named Champion Iron Mines, and Mamba minerals, which was led by Michael O'Keeffe, who is our executive chairman today.  Michael moved to Canada because he saw the large potential for high-grade iron ore production in the Labrador Trough. I joined the company in 2014, and our team shifted from an exploration company into developing the Fire Lake project. We also started working with the Québec government as part of their Plan Nord initiate to develop significant infrastructure in the region and enable different projects in the north of Québec to eventually see the light of day. We were mandated by the Québec government to lead a feasibility study for a new rail that would go from the Fermont district to Pointe-Noire, which is right next to Sept-Iles, where the Port of Sept-Iles was building new capacity.

Soon after, the Bloom Lake mine became available. We seized the opportunity of buying Bloom Lake in 2016, and it was a great investment for Champion that gave us a great stepping stone to enter the high-grade iron ore market quickly. Our focus turned rapidly to complete a feasibility study to make sure that we could restart Bloom Lake in the most diligent manner. There was a lot of chatter about Bloom Lake being a high grade asset, but being a high cost producer. However, with the feasibility study that we completed, we saw an angle where we could halve the operating costs at the site. We started the project on time and on budget in 2018, and we have now delivered three full years of operations, and we demonstrated that we halved the operating costs compared to the previous operator, while also increasing throughput to new records to about 8 million mt/y.

What were the key factors enabling Champion Iron to reach record production at Bloom Lake this past year?

Even if we had to reduce operations and send people home because of government lockdown procedures, we kept everybody on the payroll and we found ways to keep our people safe. That boosted the motivation of our team to persevere. Despite being impacted by the government of Québec mandated ramp-down of operations in our fiscal Q1 2021, in the ensuing quarters we managed to pick things back up and operate at record levels with maximum throughput. The second key was that investments made prior to the pandemic began to pay off. We did our feasibility study in 2018, and we identified areas that we could improve. It gets very cold around Bloom Lake and there were elements related to weather that were not optimized. In the first year of operation; we found what those were and we invested right away to fix them.

Aside from the run up in the iron-ore price, what led to Champion Iron’s record profitability in fiscal 2021?

One element where we have been extremely disciplined is in maintaining our commitment to producing quality high-grade iron ore with low level of impurities. It is very easy when prices are up to shift quality to get more throughput out, but we have upheld the high-grade production. We also came out with a new product at an even higher-grade iron ore, which is around 68% Fe, qualifying it to go down the electric arc route to produce steel. The interesting thing is that in the past year, not only has the global iron ore price been high, but the premium for the high-grade has been at all-time highs. Not only did we benefit from the full price of the iron ore, but we also benefited from the full premium assigned to the high grade. That is something that we have always thought was key to Bloom Lake, and we want to make sure that we can demonstrate that every single cargo is at maximum quality and build that reputation in the market.

What is driving demand for high grade iron ore?

There are two main factors why a steel mill is willing to pay a premium for higher-grade material. When the steel margins are high, they want to buy a higher-grade material because it boosts their productivity. If you imagine the blast furnace, if you put higher grade material, you have to melt less contaminants, so you produce more steel per input into your blast furnace. Accordingly, when the steel margins are elevated, steel mills are usually willing to pay more for high-grade iron ore and maximize output.

One of the shifts that we have seen in recent years is also on the environment side. If you want to reduce your CO2 emissions, you need to stop melting contaminants and focus on melting iron ore. The higher-grade material that you use in your blast furnace, the less CO2 emissions you will produce per ton of steel. When you combine those two together, that explains why the premium for our material has increased, and we believe the rising global focus to reduce emissions in industries like steelmaking will continue to push demand for high-grade iron ore material.

Champion Iron is expanding production from 7.4 million mt/y today to 15 million mt/y. What is the roadmap to achieving this target?

We were very fortunate from the onset to have nearly US$4.5 billion invested at site. A large portion of that was invested to be able to bring Bloom Lake to a nameplate capacity of 7.4 million mt/y, but the previous owner had already started working on an expansion to bring Bloom Lake to 15 million mt/y. About 75% of the capex associated with that expansion had already been spent by our predecessor to bring the project online. We sanctioned the completion of that project last November, and our target start date for the expansion is mid 2022. What is left to do now is to complete the plant that had already been started, get the mining equipment delivered to be able to have a higher throughput at the mine, get the rail cars that we already ordered to be able to transport that material from the mine to the port, and add a new stacker reclaimer at the port to be able to take that material and put it on the vessel. What is left to do is very small compared to what had to be done initially. With our balance sheet already in net cash position of over C$330 million after only three years of operations, we are fully funded to complete the project and further position our company as a global leader in high-grade iron ore.  In addition, we also completed the acquisition on April 1, 2021, of the Kami project only a few kilometers away from Bloom Lake. This project is another sizeable opportunity near available infrastructure and quality resources.  We already mobilized a team to complete a study on the Kami project as we consider organic growth beyond our Bloom Lake.  We expect to complete this study in the near term.