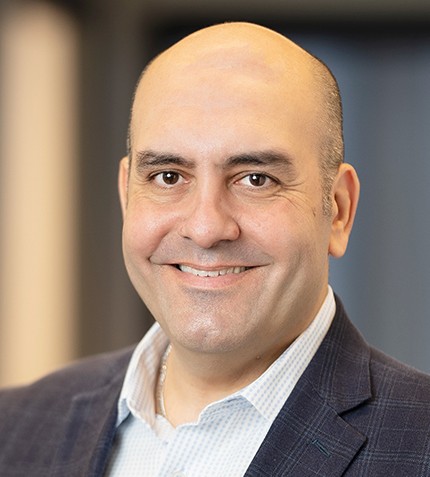 "We wanted to provide a home for that true entrepreneur, scientific founder, or first-time CEO."

How can friction in the early-stage ecosystem be lessened so that the right deals happen more easily?

Historically, you had about a dozen very well-known VCs who were almost exclusively doing series A company creation. When these VCs close a fund, they are not starting 50 companies. Even if they have a billion-dollar fund, they are trying to put US$100 million into 10 companies. Therefore, while we have seen an infusion of new capital come into the space, it has not necessarily resulted in the same proportion of new companies. This means that entrepreneurs have not had many funding options if they do not “win the lottery” by being picked by one of those VCs. In fact, the cards might even be stacked against them, because they are not going to want to take a US$100 million series A round, if it means dilution for them. For that reason, many of them have eschewed the company creation model, and they want to find a different course. The friction is that if you are not interested in these big series A rounds, and you are not picked by one of the large VCs, then where do you go? That is why I started Xontogeny‑ to have a founder friendly, supportive option. It allows me to advise, mentor and coach along with the team we have here. We wanted to provide a home for that true entrepreneur, scientific founder, or first-time CEO. There are a plethora of cool technologies out there, and the funding of these companies should not be dominated solely by billion-dollar VC funds.

What do you see as the principal advantage of accelerators, and what is Xontogeny able to offer that others are not?

It is important to distinguish between incubators and accelerators. Most biotech incubators are doing drug discovery research, and often they have a thesis that they have not yet proven, or they have not filed intellectual property. However, they are hoping that if they work on incubating a new idea or new technology this will lead to a patent that they can file. That is the starting point of the potential to create a company that gets funding.

For the most part, the bulk of researchers or companies that populate incubators are very early stage. They often have not achieved preclinical proof-of-concept, and many of them will struggle to raise enough capital to take things very far. You see some incubators that are attached to university systems, but they are separate, because you have companies or researchers that do not want to be encumbered by research done at the university. We see the advent of the large lab space business model, which may be called incubators, and some examples include J&J’s J-Labs, Alexandria’s LaunchLabs and LabCentral’s BioLabs, to name a few.

Accelerators differ from incubators in that they are taking those technologies and surrounding early research with the right support. That might be virtual support, it might be active management support, but accelerators are taking those promising technologies and turning them into viable development programs and potentially investable companies. At Xontogeny, we often are the first seed or founding capital into these companies that might have previously subsisted on grant money or their own personal investment. We describe ourselves more broadly as an accelerator, because we are taking companies and trying to accelerate them into development and allow them to get the chance to be invested in with a healthy, series A. That is where the Perceptive Xontogeny Venture Fund comes in. The valley of death is where companies often get stuck between US$500,000 to US$3 million seed capital. Usually, it is because a company does not have a compelling enough story, or it is not de-risked enough with pre-clinical proof-of-concept data to invite a venture firm. What is needed to bridge that valley of death usually requires at least US$10 million to get into the clinic and/or through an initial clinical study.

What makes a compelling investment target for Xontogeny?

Xontogeny is very focused on the lead asset that is closest to clinical development. Specifically, we are focused on advancing the lead candidate through preclinical stage, de-risking to get through some good translational work, adopting the right regulatory strategy, getting as quickly as we can into dose safety studies and possibly through a clinical proof-of-concept study with a healthy Series A financing. We focus on the lead asset and how robust the data it generated is in determining if it passes through our diligence process.