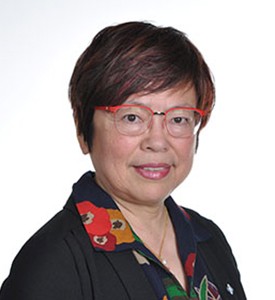 “Adding flotation and BIOX processes to the plant was the best methodology that Monument Mining could adopt to treat sulphide materials. The BIOX technology has a 30-year history and is already proven within the mining space.” 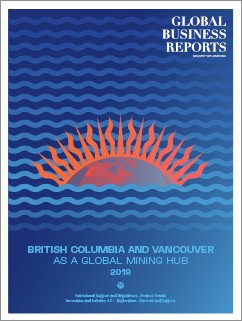 Can you introduce Monument Mining and its flagship Selinsing Gold Mine in Malaysia?

Monument Mining is a gold focused junior and mining producer, and we have a portfolio of assets in Malaysia and Western Australia. The company’s primary project is the Selinsing gold mine, which was acquired in 2007. The project was already at the development stage when we acquired the property, with Reserves of approximately 230,000 oz and a total Resource of approximately 618,000 oz. Monument Mining spent about US$23 million to build a processing plant, which came into production in September 2010, and we spent an additional US$8.4 million to upgrade the mill to 1 million annum capacity in August 2012. Since then, we have produced approximately 294,000 oz of gold and have generated revenues of US$393.7 million. Malaysia is a very low-cost country, and our life-of-mine cost per ounce is US$480 with the average grade being 1.58 g/t gold to the end of Q3 fiscal 2019. In fiscal 2017, the cost per ounce was US$936, but significant reductions have been made and the cost per ounce was US$679 in the first nine months of fiscal 2019 with all in sustaining costs of $973 per ounce.

At what stage of its mine life is the Selinsing project?

The Selinsing project has both oxide gold production and sulphide gold production processes, with the oxide on surface nearly depleted. Monument conducted a feasibility study on the sulphide materials, completed in January 2019, which indicated a six-year life of mine as of March 2018, with 267,000 oz of Reserves. There are 880,000 oz in Resources and great potential to move Inferred materials to Reserves.

What are the benefits of adding flotation and BIOX processes to the plant at Selinsing, and how has this helped production?

Adding flotation and BIOX processes to the plant was the best methodology that Monument Mining could adopt to treat sulphide materials. The BIOX technology has a 30-year history and is already proven within the mining space. There have been over 22 million oz globally produced to date with the BIOX technology, but Monument Mining will be the first company to use this technology in Malaysia. The addition of this process to our plant has also opened the opportunity for the company to potentially increase the life of mine at Selinsing. Another advantage is that the flotation and BIOX processes are environmentally friendly with no pollution generated.

Can you provide details of Monument’s Mengapur Copper-Iron project?

The Mengapur project was historically owned by the Malaysian Mining Corporation, which defined the historical Polymetallic Resources in a full bankable feasibility study in early 1990’s. When significant oil discoveries were made in Malaysia, the Malaysian Mining Corporation started to focus its attention on the oil industry and walked away from mining. The Mengapur project has since been in different hands, and in 2012, Monument Mining saw the opportunity and acquired the project to make it a copper/iron mine with other byproducts such as gold and silver. At Mengapur, there is potential for a 10-year tax holiday from the government, which could be a tremendous advantage. Mengapur is a long-term project in Monument’s pipeline, with a vision to be developed into a large multi-commodity open pit mine.

What is the timeline for moving Monument’s Murchison asset in Australia into production?

Over the last couple of years there have been some changes in Monument Mining’s production decision regarding the Burnakura asset. Two previous owners of the project have failed and walked away, and we are trying to establish the reasons for their failure. In our opinion, they rushed into underground mining without conducting sufficient studies and exploration, or having a steady mine plan. Since the acquisition in 2014, Monument has undertaken exploration and confirmation drilling programs, infrastructure improvements, and extensive mine planning work for the preparation of the early stages of production. We are taking a different approach and have established that there are many open-pitable Resources that we would like to develop. In 2018, we updated our Resources and the Burnakura property to 381,000 oz, including Indicated Resources of 293,000 oz and Inferred Resources of 88,000 oz, as reported in the NI43-101 technical report.

There is also great underground potential as one third of the Resources are underground. The next step for Monument Mining will be to conduct a geological study and drill to understand the underground structure and geology, aiming to increase gold inventory and enhance economic viability of production.