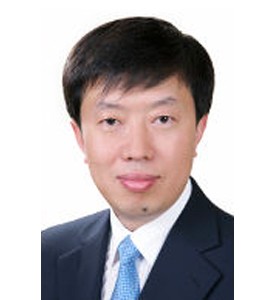 “We have developed a design that will deliver significant CAPEX savings along with competitive OPEX costs. Our new process combines horizontal drilling technologies, selective solution mining and a crystallization pond with a traditional potash dewatering plant – all of which have been individually proven but never combined.”

Western Resources was created in 2017 through a plan of arrangement with Western Potash (WP). How will these companies interact moving forward?

In March 2017 a plan of arrangement was completed with Western Potash being a wholly owned subsidiary of the newly created Western Resources Corp. Since its creation in 2007, Western Potash had focused on potash. However, with the investment of Tairui Mining Inc (Tairui) in September 2015, the company has been planning how best to expand its businesses to a much wider scope of resources. Thus, the plan of arrangement was enacted to create Western Resources, and this has allowed the company to explore more opportunities. This is not to say that potash is still not our central focus; in fact, we have added renewed emphasis and adopted a ten-year staged development strategy to make Western Potash one of the top ten potash producers in the world. We are confident that the Milestone project will be the first demonstration of our ability to combine innovative technologies, strong access to financing and global commodities markets to take a greenfield project all the way into production.

Could you further describe WP’s three-stage development strategy for the Milestone potash project, and outline why the operation is destined for success?

Western Potash’s three-stage development strategy is designed to scale-up production and minimize potential risks while still making the best use of our world-class deposit, innovative technology and strong team. Phase I will produce 146,000 mt of granular potash using innovative horizontal selective solution mining in conjunction with a crystallization pond, to prove a new low cost and environmentally friendly potash mining method. This experience will then be used for Phase II with a production of about 1.4 million mt of potash and to further double the capacity in Phase III to around 3 million mt in total. The Milestone project was initiated in 2007 but was re-scoped in 2015 as the current Phase I to ensure success under any market conditions. Early works constructions are complete, and final engineering and procurement are underway, which will bring production to market by Q3 2020. The plan is then to raise further capital for Phase II on public market by 2021. This staged approach offers Milestone the best path to success, minimizing risk and offering a clear path to becoming one of the top ten potash producers in the world.

Could you outline Western Resource’s share structure and highlight its large shareholders?

Western Resources has three primary shareholders who hold between 5% and 51% shares. Tairui owns 51% of the equity, and China BlueChemical Ltd (CBC) owns just over 10%. CBC is a wholly owned subsidiary of the China National Offshore Oil Corporation (CNOOC) - one of the three major Chinese oil and gas producers and a significant potash importer. China CAMC Engineering Co. holds another 5% and is a major Chinese construction company with a focus on international projects. The remaining shares are widely held by other public shareholders. Western Resources aims to become a gateway to eastern capital and global markets. We intend to continue to attract global investors, further diversify our shareholder base, be globally funded with access to global markets and managed locally with local projects.

Western Resources aims to revolutionize the way potash is extracted globally. Could you describe the technologies that will allow this to happen?

The global potash sector currently employs mining methodologies for potash extraction that are decades old, such as traditional shaft underground mining or conventional solution mining. These methods have traditionally had very high upfront CAPEX investments (in excess of C$1,500 per mt of annual potash), as well as significant environmental disadvantages, including high water and energy consumption and surface tailing piles and subsidence, which often result in high OPEX costs. With the support of world-class engineering firms including Wood Inc (formerly AMEC-Foster Wheeler) and SNC-Lavalin, as well as a specialized solution mining firm called Agapito Associates Inc., we have developed a design that will deliver significant CAPEX savings along with competitive OPEX costs. Our new process combines horizontal drilling technologies, selective solution mining and a crystallization pond with a traditional potash dewatering plant - all of which have been individually proven but never combined. The benefits include zero tailings on surface, 50% CAPEX and 20% energy savings as well as significant water savings. As expected, the Milestone project has received very strong supports from different levels of government and local community. We are proud that the success of the new technology will transform potash extraction methods in Saskatchewan and the whole industry in Canada.

Can you outline the timeline for Milestone to enter into production?

We have worked on five crucial factors for the success of the project: solid resources, reliable and innovative technology, a strong market, secure financials and community and government support. Milestone has high-grade, long-life resource reserves with high in-situ temperatures suited to solution mining. We have secured credit facility support from the China Development Bank for the Milestone project and have already received our key environmental permits. Our highly innovative technology is also based on the combination of technologies, each of which has been used and proven globally. For Phase I of the Milestone project, the early works including the water source, access road, site clearing and preparation were completed at the end of 2018. The final engineering and procurement will be completed by early 2019, and we are already negotiating the best construction contract to move the project forward. Full construction will begin in mid 2019, with commissioning and ramp up from mid 2020, leading to full production by Q3 2020.