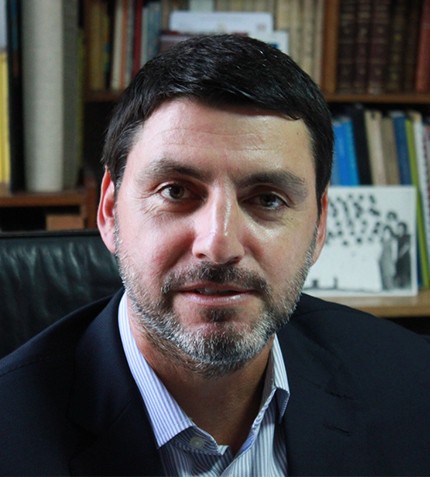 "The economy is open and the constitution welcomes both local and international investment that can contribute to the development of Peru’s diverse resources and, above all, its people."

VICE MINISTER OF MINES, MINISTRY OF ENERGY AND MINES (MINEM) – GOVERNMENT OF PERU

What is the vision of the Ministry of Energy and Mines (MINEM) for 2020?

The aim of the government is to promote the sustainable development of mining, not just from an economic standpoint, but also environmentally and socially. In 2019, over US$6.15 billion was invested into Peru’s mining sector, and we expect this to increase to around US$6.3 billion in 2020. This would equate to the 4th consecutive year of growth, which gives continuity to the country in terms of GDP, to which mining contributes over 10%, as well as approximately 60% of the country’s exports. This year, increasing investment in exploration is a particularly key objective.

In 2019, Peru increased its production figures for copper, lead, tin, molybdenum and iron, and we remain the number one producer of gold, zinc, lead and tin in Latin America, as well as the second biggest producer worldwide of copper and silver. By 2022, we expect copper production to increase by 27%, and gold production to rise by 12% approx.

What could be done to stimulate exploration?

Even though the amount of exploration investment was not what we expected or hoped for in 2019, Peru still had the 5th biggest exploration budget in the world with US$609.7 million, behind only Canada, Australia, the USA and Mexico. Because of Peru’s unrivalled geological potential and mining tradition we are still a highly attractive destination for exploration.

To stimulate exploration, on December 27th 2019 we granted a decree of urgency to give the definitive devolution of VAT for the next three years. Furthermore, we reinstated legislation that allows companies that invest large amounts in the country to perform accounting in US dollars. We are planning to review more adjustments to specific legislation to see how we can expedite permitting processes in general, whilst bearing in mind the highest environmental and safety standards.

How is Peru’s project pipeline shaping up after Mina Justa and Quellaveco?

For 2020 there are six projects in the pipeline to start development, including Yanacocha sulphides which accounts for more than US$2 billion, Corani for around US$570 million, and Corccohuayco for more than US$500 million. We know there are some projects that face challenges to be developed, but many others are advancing – such as Quellaveco with construction advances over 45%, and Mina Justa that should start production by the end of 2020.

What can the mining industry do to help its public image in Peru?

The mining sector is complex and not always easy to comprehend, and the challenge is to show the benefits of the industry and how it can improve the quality of lives for local populations with something tangible rather than just rhetoric. I believe that developing projects in a low-profile manner and/or just as a good neighbor should be things of the past – the sector has to have a more visible face and involve more in alliances with people and local activities from the surrounding areas.

Apart from its geological endowment, what do you think makes Peru an attractive destination for mining investment?

Compared to many countries around Latin America, and indeed other mining countries worldwide, Peru is still in a good condition from a macroeconomic point of view. In 2019, we grew by 2.3% despite the political changes that took place. We hear that investment has been migrating to safer jurisdictions, and it is important to point out that Peru has an Emerging Markets Bond Index (EMBI) country risk rating of 1.10, the best of all of the other mining-focused countries in Latin America, according to data released by JP Morgan on January 6, 2020.

Last but not least, Peru is a country with a rich mining tradition with competitive prices for energy, electricity and a skilled mining labor force. The economy is open and the constitution welcomes both local and international investment that can contribute to the development of Peru’s diverse resources and, above all, its people.