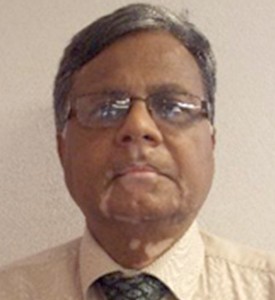 “India’s coking coal supply used to be entirely dependent on Australia, but the government decided they wanted to diversify procurement, and thus ICVL was established to acquire coking coal investments across the globe. Our first acquisition was in Mozambique when we acquired shareholding in a mine from Rio Tinto in 2014.”

What were the circumstances surrounded the establishment of ICVL in Mozambique?

ICVL is promoted by three public sector undertakings in India to acquire investments, particularly coking coal, outside of the country. The objective of the company is to obtain coking coal security for India as the country does not have this commodity. In 2018, India produced 107 million tonnes (mt) of steel, but the country has the target of producing 300 million mt of steel. For this amount of steel production, India requires a substantial amount of coking coal. India’s coking coal supply used to be entirely dependent on Australia, but the government decided they wanted to diversify procurement, and thus ICVL was established to acquire coking coal investments across the globe.

Our first acquisition was in Mozambique when we acquired shareholding in a mine from Rio Tinto in 2014. Due to the crash of the coking coal market, ICVL had to suspend its operations in Mozambique in 2015, but in 2017, the coal process increased again, and we restarted our operations.

Can you elaborate on the reopening of the Benga mine in Mozambique, and what were the main challenges ICLV faced during this phase?

Despite the fact that the mine was closed for two years, we still retained employees and continued to pay them. When we decided to reopen the mine, we had enough technical expertise to pick up where we left off. All the legal requirements for the operation were also already in place when we decided to reopen the mine. We wanted to start production within a period of three months, but the challenge was that a significant amount of water had accumulated in the closed mine and had to be pumped out. We could not find pumps and draining equipment in Mozambique and therefore decided to outsource the job to a company that imports pumps from South Africa. The plant was also out of shape, and we had to put in some work to get it back into operation.

Once ready for production, we encountered another challenge: lack of skilled manpower. ICVL decided to contact local academic institutes in Tete and went through a recruitment process to attain both experienced and inexperienced staff members. The company has a policy of mixing different age groups and levels of expertise because in any African country, attrition rates are high. The recruitment and hiring process took approximately three months, and we hope to reach our full workforce capacity within 2019. Attracting and retaining skilled manpower remains a challenge in Mozambique.

Fixed costs can be substantial at a mining operation, especially in a context marked by structural infrastructure deficit as in the case of Mozambique. Has ICVL found a way to render operations more profitable?

Logistical costs in Mozambique are very expensive – amongst the highest in the world. One of the reasons for these high logistics costs in the country is infrastructure. By increasing volumes, ICVL is able to cut down on logistics costs. We are also meeting with the concerned authorities to improve the quality of maintenance of railway lines and reduce the turnover time of transportation.

What initiatives is ICVL taking as part of its CSR policy?

ICVL is spending approximately US$23 million on the resettlement of the Capanga community. The resettlement of the community has been outsourced, but thus far, the company is doing a very good job. We expect to have constructed all 272 houses by October 2020. Investment into the community is a very strong issue worldwide, and from the start ICVL established a relationship with the community. We are investing in the community by providing healthcare facilities and electricity supply to the villages. Another example of our commitment to CSR is the recent MoU signed with the Ministry of Labor, Employment and Social Security, under which ICVL´s Training Centre in Tete will be used to provide vocational training to Mozambican residents in Tete to build technical skills in order to integrate them into the national workforce.

Where does ICVL see itself in the Mozambican market in the next three years?

ICVL is directly connected to the Indian steel sector, which is currently the second largest producer of steel worldwide. To meet the targets of the Indian steel sector, we will have to increase our production capacity in Mozambique. Currently we are producing approximately 1.3 million mt/y of coking coal, but our target is to increase capacity to 1.6 million mt/y at a minimum. ICVL has an upscaling strategy in place and is currently in the process of replacing assemblies on a monthly basis.