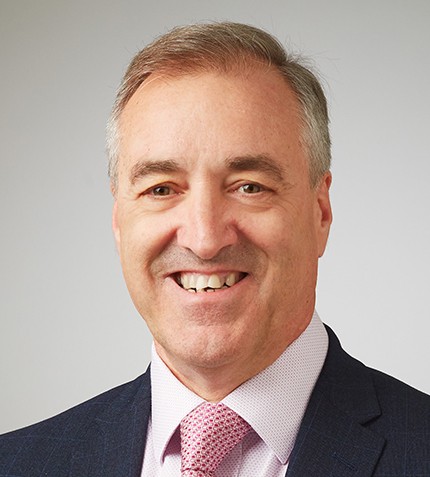 "Around Morila, we made a discovery and again approached Barrick for a deal on it. Instead of buying our discovery or joining with a JV agreement, they made an unexpected offer to us to buy their Morila mine."

Could you briefly introduce Firefinch to our audience?

Firefinch (former Mali Lithium) is a West Australian gold company that began operations in Mali nine years ago, exploring for gold. At that time, we made some modest discoveries around the Morila gold mine, which we subsequently sold to its operators, Anglo Gold and Roscan (now Barrick). Three years ago, we joined a lithium boom and acquired a project in Mali, for which we will be soon announcing a DFS. However, given the trajectory of the lithium market and seeing many lithium projects held on care and maintenance, we decided to look again at gold. Around Morila, we made a discovery and again approached Barrick for a deal on it. Instead of buying our discovery or joining with a JV agreement, they made an unexpected offer to us to buy their Morila mine.

Could you give us more details on the history of Morila and the existing infrastructure?

Morila was one of the best mines in the world, in its second year producing over 1.1 million oz, with head grades in the pit at 10 g/t, while today these are at 1 or 2 g/t. In 2009, the mine ran out of ore and, due to the market conditions at the time, the decision was that anything outside the main pit would not be considered a resource. Since then, there has not been a resource reported at Morila, the geology team left, and the remaining team spent about seven years processing the stockpile of tailings that were left from those high grades. We recognized the opportunity because replicating that level of infrastructure would cost about US$300 million, while the drilling itself costs another US$30-50 million. Firefinch will probably only pay about US$27 million for the acquisition, while also getting the bonus of the end of the tailings cashflow, which is at least another US$17 million.

What is Firefinch’s vision for Morila?

The mine had reached the end of its life as far as the previous team was concerned, and Barrick and Anglo Gold, each holding 40% interest,  preferred to let go of it and level the site, but the government, who had the remaining 20%, wanted to give it another chance. Firefinch came in with a fresh approach; we dug out all the old records, re-evaluating the drilling conducted, and we have already identified over 1.3 million oz underneath the pit without drilling a single hole. Currently, the mine is producing from tailings at an annual rate of 50,000 oz, and we are looking to bring the three satellite pits, together with our discovery, into production to supplement and extend the life of tailings for another year, and thus increase the cashflow. That cashflow will then be applied to the main pit- a massive 1.7 by 0.7 km, currently filled with water. After de-watering the pit, my target is to extend the LOM to around 10 years and fill the main processing plant to reach a production guideline of 150,000 oz/year. At this level, we would become a mid-tier gold company.

How do you see Mali as an investment destination, considering both gold prices and current political risks?

In terms of M&A activity energized by the higher gold price, I can only say that single-asset companies are not sufficient and putting two or three assets together offers a better value proposition for shareholders. Therefore, there are only two paths forward: to get bought or buy an asset. Our strategy in this sense is to make ourselves a very valuable company and leverage that value in the transactions to come.

Without belittling or underestimating the seriousness of the situation in Mali, I believe that sovereign risk is overly mediatized in terms of mining, considering that operations have continued uninterruptedly during coups and times of instability.

Looking at lithium fundamentals, what does the future hold for your Goulamina lithium project?

Presently, the market is oversupplied. It is growing and it will take a while for projects like Goulamina to be enabled. Goulamina is a fantastic project with about 30-40 years of LOM and high grades, and for such a project, patience is required.