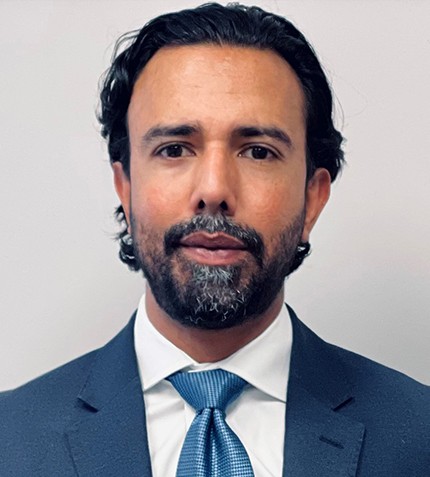 "Being 24 km from the Chinese border, ION is well positioned to service the largest lithium refiner in the world, which refines 80% of all global lithium, consumes 53% of all lithium, and produces 73% of all batteries."

Can you explain the circumstances surrounding the creation of ION Energy (TSXV: ION)?

We formed the company back in 2017, during one of my visits to Mongolia as an advisor to Steppe Gold (TSE: STGO). My chairman and I started discussions with the Mongolian government about the potential we saw for lithium in the move away from fossil fuels. Looking at the archives, we found that the Russian government did some drilling in the South Gobi region in the 1950s, about 30 km from the Chinese border. They found a saline solution about 20 meters below surface, but at the time lithium was of no interest. In the 1990s, the Mongolian and Russian governments collectively drilled there and found lithium traces, but it was not until 2016 that Dr. Khashbat Dashtsteseren, a PhD lithium hydrogeologist from the Mongolian University of Science and Technology, led a team to the South Gobi to look for hard rock and brine assets. Early sampling on our current license showed brine grades of up to 811 ppm, with an average grade of 426 ppm across two targets 70 km apart. We then worked with the government to put the license up for tender, which ION Energy was awarded in January 2019. At 81,000 hectares, it is the largest exploration license ever granted in Mongolia. To be granted such a sizeable land package as a private company speaks to our longstanding relationship with Mongolia and its government.

Which exploration targets have been identified at the Baavhai-Uul lithium brine project?

The geology of the region is an endorheic basin, which means that all precipitation that has fallen on this basin since the Cretaceous period has never exited to an external body of water. That is indicative of what you would find in the Lithium Triangle, and we believe the mineralization could cover the entire basin.

The additions of Paul Fornazzari and Don Hains to our advisory board earlier this year added significant lithium expertise to the team, and helped plan our exploration campaign which started on October 27th. The campaign began with Geophysics (CSAMT) testing on the two targets where the initial samples came from, which will give us a sense of where the aquifer lies. We will then move on to reflective seismic in late November, which in tandem with the geophysics work will allow us to determine the thickness, width and depth of the aquifer body. Drilling will commence in late December or early Q1 2021, using the company-owned truck mounted auger to begin, and the brine samples will be independently validated by a third-party lab in Ulaanbaatar. We expect early results out in mid-Q1 2021, and this will give us an indication of what a potential resource could be on this license.

What were the steps that led to ION Energy’s IPO, and how this was impacted by the pandemic?

ION Energy had intended to go public shortly after PDAC, but did not have conditional approval from the TSX until April 2nd – a time when the world was very much upside down. The silver lining over the course of the summer came about as governments around the world were feeling the ramifications of economies shutting down and distributed unprecedented recovery funds. One of the primary focuses was a reset in how we use and consume energy. For instance, €576 billion of the European Union’s €750-billion recovery fund had a footnote that spoke to sustainability, with €20 billion of this being directly attributed to EV subsidization and gigafactory development in the EU. The UK followed suit with £1 billion for a similar purpose, and the US decided to classify battery metals as metals of strategic importance.

This government spending has caused a vertical integration in the battery metals space unlike anything we have seen in the resource sector, prompting the likes of Mercedes-Benz to invest in a battery manufacturer in China by the name of Farasis Energy, which then invested in an off-take agreement from a lithium producer in Australia. ION Energy began its roadshow in August, on the back of what they believe is a green revolution. We do not see this as a cycle, but a shift from fossil fuels to cleaner, greener technology. By August 28th, we had raised twice the minimum amount required by the TSX, and not only started trading on the venture exchange on August 31st under the ticker ION, but were set to embark upon a fully-funded exploration program.

Considering the noise surrounding the EV market in 2020, particularly from Tesla, how do you walk the line between supplying frequent results to the market and preparing sufficiently?

ION Energy will work on its existing licenses and then speak with potential strategic partners at a time when we have significantly de-risked our assets and are in a position to transact at a higher currency. We certainly have to walk the line and get results to the market, but this will be done organically, and no exploration work or corporate development will be done without thorough due diligence and planning. I would also add that while Tesla is a formidable company and exciting to North American investors, China buys three times as many EVs per capita than anywhere else in the world. Being 24 km from the Chinese border, ION is well positioned to service the largest lithium refiner in the world, which refines 80% of all global lithium, consumes 53% of all lithium, and produces 73% of all batteries.

Where would you like to see the company by the end of 2021?

In 2020, ION Energy plans to acquire additional licenses in country. By the end of 2021, we would like to show that the Baavhai-Uul project is a world class brine asset that can be brought to production fairly cheaply, and can service the growing the demand for lithium in the years to come for this green, clean, revolution.