With biotechs now accounting for 70% of clinical trials in the United States, the VC private investment climate is heating up.

Standing Out in the Biotech Crowd: The VC Investment Climate

The biopharmaceuticals industry has the highest percentage of R&D reinvestment in the United States. More recently, drug discovery has shifted away from large pharma, with biotechs now accounting for 70% of all clinical trials in the United States. Unlike large pharma, which will have commercialized products in the market and have a revenue stream, many biotechs do not. It is therefore less surprising that 90% of biopharmaceutical companies are currently not making a profit, according to BIO. For an academic researcher or recently-spun out start-up, initial funding will likely come through grants. The NIH, for example, provides US$37.3 billion funding per annum. However, given that a 2016 Tufts Center for the Study of Drug Development report put the cost of developing a drug at US$2.7 billion - which includes cost associated with failed drugs - if a biotech does not receive private investment, strike a partnership with a large pharmaceutical company or a big biotech, or have an IPO, they are unlikely to sustain themselves through the development period.

The beginning of 2018 featured a number of large M&A deals, including Celgene acquiring Juno Therapeutics for US$9 billion and Impact Biomedicines for US$7 billion, and Sanofi US acquiring Bioverativ for US$11.6 billion. However, it was VC private investment that took center stage, breaking numerous records, with US$13.5 billion in venture capital poured into biotechs in the first 10 months of 2018, far higher than all of 2017 (US$11 billion). Of note was Grail’s oversubscribed US$300 million Series C round and Allogene Therapeutics – a biotech pioneering the development of allogeneic CAR T therapies for cancer – completing a US$120 million Series A, especially as both biotechs had substantial funding from Chinese VC firms. With CFIUS, as of October 2018, scrutinizing foreign transactions much more carefully, there could yet be implications for both biotechs and many other U.S. biotechs in the coming year.

Although there is increased capital pouring into biotechs across the nation, especially in California, which saw US$7.6 billion of VC investment in 2018 and Massachusetts, which saw US$6.2 billion, hundreds of biotechs will struggle to raise capital each year. For every investment a VC fund or private equity firm makes, it will always carry with it long odds, given that drug-approval rates have dipped to 9.6%, according to BIO. Despite the monetary risks associated with drug research and development, large pharma, big biotechs and VCs are increasingly looking to invest in early-stage biotechs to capitalize on technology before more significant value inflection points. “There is a trend of investment capital moving into the market earlier in the cycle,” remarked Thomas W. Chalberg, partner at Heroic Ventures. “In the biotech space, early capital is a requirement. There is also the recognition of how much value can be created early on in the cycle, and investors now want to participate in this early stage value creation. Across the industry, we are definitely seeing a trend towards investment at earlier stages, which is often related to partnerships with academic institutions.”

As investments are made earlier in the process, greater analysis will need to be undertaken to de-risk any transaction. “What is most important when doing a transaction with an early-stage company is that extensive due diligence is carried out as a result of higher potential risk. What we are seeing more of is a “build-to-buy” model, where companies put their money in with an option to purchase later,” highlighted David H. Crean, managing director for investment banking at Objective Capital Partners.

Whilst certain early-stage biotech executives will travel the country searching for initial seed and Series A investment dollars, there are a handful of seasoned executives that understand exactly what investors are looking for. For example, Mirum Pharmaceuticals, a San Diego-based biotech, received US$120 million in its Series A funding round five weeks after its inception. “There are three key components for setting up a biotech: the science, which includes the technology or the molecule; the money; and the people,” remarked Mike Grey, chairman and CEO at Mirum. “By far the most important component for any investor is the people. Mirum was a marriage between the previous leadership of Lumena and Tobira - a powerful group of minds. For the investors coming on board, the value proposition regarded the potential of getting to Phase III clinical data in a relatively short period of time.”

Indeed, when considering successful acquisitions, there is usually an executive with a strong track record behind the scenes of the fledgling biotech being bought up.

Oncology continues to be the key area for VC focus, although many others are venturing into therapeutic areas that are less crowded. Given that a third of Californian companies’ pipelines were focused on cancer in 2018 according to CLSA – 433 of the 1,332 total therapies in development – this should come as little surprise For Arch Venture Partners and OrbiMed Advisors, the first and third-largest venture investors, globally, cancer therapeutic investments from January 2015 to October 2018 came to 35% and 43% respectively as a percentage of their overall pipeline.

However, VCs are now looking to diversify their investment pipelines into other therapeutic areas and different technologies. Areas of considerable interest for investors include stem cell therapy, gene therapy, orphan drugs, neurodegenerative diseases, regenerative medicine, precision medicine and digital health. “Even though the bulk of venture dollars are flowing into oncology, there are in fact opportunities across multiple therapeutic areas,” highlighted Carolyn Ng, managing director of Vertex Ventures HC. “Hence, there is no good rationale for us to be pigeonholed into only one area of interest as we would then be missing out on good opportunities within other segments of the industry.”

For oncology, a vast amount of funding is reserved for immuno-oncology, whilst other approaches do not receive as much attention despite presenting many opportunities. “Though it was identified, along with immuno-oncology, as one of the 10 areas of emphasis by Vice President Biden’s Cancer Moonshot panel, side effect reduction is an under-appreciated field,” remarked Brian Frenzel, CEO of Tosk – a biotech developing a family of inexpensive, small molecule drugs designed to prevent the toxic side effects of common cancer treatments. “Side effects not only adversely affect patients’ quality of life, but can be costly to treat and can limit the effectiveness of cancer therapy. Our small molecule drugs are inexpensive to produce and fit easily into existing treatment regimens. They are intended not only to reduce the cost of treatment but to improve outcomes for cancer patients.”

As well as looking at short-term value creation, VC firms must always understand the ultimate commercial viability in the long run. This has meant that certain therapeutics, especially in immuno-oncology, have taken precedence over the past decade. The Bill & Melinda Gates Foundation – the largest private foundation in the United States – through its US$2 billion Strategic Investment Fund (SIF) has had the opportunity to really focus on meeting unmet patient needs that would not make monetary sense to a normal VC. The Foundation has had the key goal of managing and even eradicating infectious diseases in the developing world. To maximize on what is already being developed, the SIF has looked into the advancements being made in other therapeutic areas. “With so much investment going into areas like immuno-oncology, the Fund has looked to take advantage of this. Several companies in these spaces are focused on understanding the immune system and how we can manipulate it to fight such health conditions. Since the immune system is also critical in infectious diseases, a significant amount of the learnings and tools from other therapeutic areas can be applied to the foundation’s priority diseases,” highlighted Vidya Vasu-Devan, deputy director at the Bill & Melinda Gates Foundation’s SIF. “As a result, the SIF team invests in these companies to leverage the products and technologies for diseases like HIV and TB. Additionally, we always look to support companies dedicated to eliminating infectious diseases.”

Time to Partner or Go Public

2018 was a blockbuster year for IPOs, with US$8.2 billion raised on Nasdaq, breaking 2014’s record of US$6.5 billion. The decision to go public or to stay private is not an easy one for any biotech. Forty Seven – a clinical-stage immuno-oncology company – completed its IPO in July 2018, raising US$116 million. “The decision for going public needs to be reflected on as it is easier to be private, but as we have six ongoing clinical trials, our expenditure is significant,” highlighted Mark McCamish, president and CEO of Forty Seven. “We did not want to focus on one indication but to explore several simultaneously. Going public allowed for access to funds as well as maximizing the value of the company, not only to patients but to investors.”

Although certain biotechs will be faced with the question of whether to go public in the near future, the decision may be taken out of their hands for 2019. The untimely United States federal government shutdown of 2018 to 2019 due to the United States Congress and President Donald Trump’s disagreement over the latter’s demand for US$5.6 billion in federal funds for a U.S.–Mexico border wall is set to have a lasting impact on the number of biotech IPOs expected this year. With the IPO market set to grind to a standstill, limited access to public capital will most likely mean another record year for VC funding, more partnerships and, with Eli Lilly acquiring Loxo Oncology for US$8 billion and Bristol-Myers Squibb acquiring Celgene for US$74 billion in the largest pharmaceutical-company acquisition ever, an increase in M&A activity. 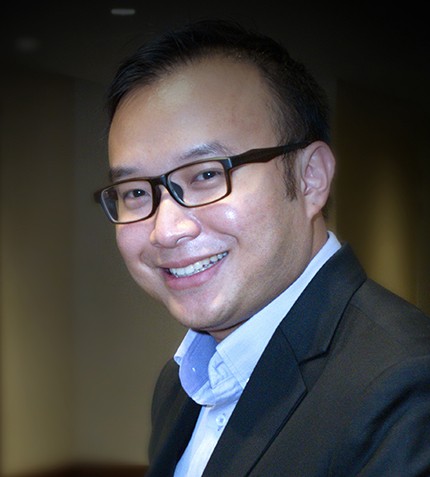 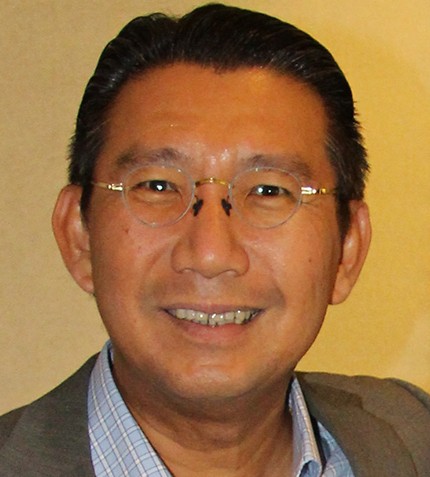