To coincide with Singapore International Water Week, GBR looks at Singapore’s current challenges surrounding water management and how the government and industry are looking to address them. 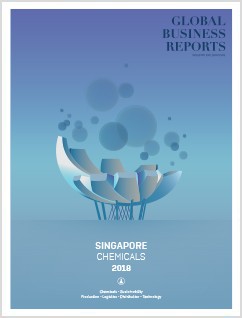 The late Lee Kuan Yew made water his main priority with a vision to capture every drop of rain that fell on the island. “Every other policy has to bend at the knees for our water survival,” were the words of Singapore’s founding father. Water demand in Singapore currently stands at 430 million gallons a day, with non-domestic consumption accounting for 55% of total demand (Public Utilities Board). By 2060, Singapore’s total water demand could almost double. In 2015, the Water Resources Institute (WRI) ranked Singapore as one of the most water-stressed countries in the world. Moreover, the WRI highlighted that Singapore is set to be one of eight countries globally that will be most vulnerable to disruptions in water supply. 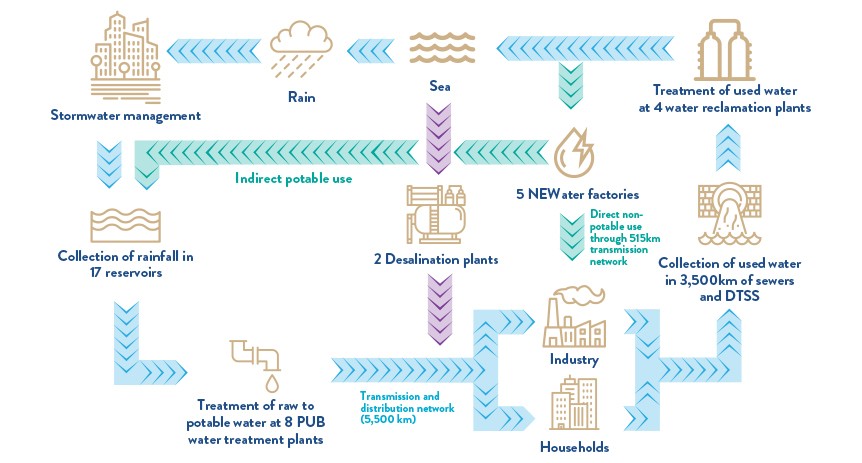 Through a multi-pronged strategy, Singapore is increasing its drive towards water self-sufficiency. One of the key steps has been the construction of the NEWater plants, which recycle used water into ultra-clean, high-grade reclaimed water. Singapore currently has five NEWater plants, providing 40% of the island nation’s water needs. Singapore is also harnessing reverse osmosis technology to produce desalinated water from seawater. A third desalination plant was recently completed in Tuas and construction of a fourth plant in Marina East began in earnest last year. The fourth plant is set to produce 30 million gallons of fresh drinking water per day with completion scheduled for early 2020. By 2060, the NEWater and desalination plants are set to meet 85% of Singapore’s water demand.

With non-domestic consumption of water set to account for 70% of overall intake by 2060, manufacturers are increasingly looking at ways to improve water-usage efficiency throughout their operations. Huntsman, which operates in an industry that heavily relies on water consumption, has been prioritizing water savings in its innovation pipeline. Its award winning proprietary dye, AVITERA, is set to cut water usage by 50%. LANXESS’ LewaPlus software suite is also directly improving the process of water purification. The solutions are increasing recovery rates in the reverse osmosis process of water purification to 98%; considerably higher than the traditional 75% to 85%.

Singapore has come a long way since the polluted waterways of the 1970s. The city-state’s lack of clean water would, for many countries, be seen as a strong disadvantage. However, Singapore has shown that a country’s weakness can be developed into a strength. Now a global hydrohub, Singapore is leveraging all of its capabilities, from its leading research institutions to its multiple industries, to develop the most innovative and sustainable solutions that will lead to water optimization and secure Singapore’s water future.