After significant downsizing and diversification, the mining-related workload will increase again for consultancy companies. 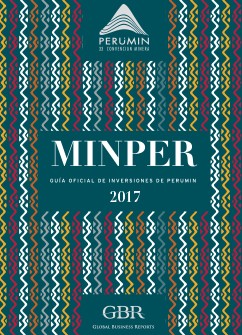 During the boom years, consultants had their hands full. The large amount of projects in the market caused some headaches, such as the pressure on deadlines, human resources and salaries. Yet on top of the economic benefits of a buoyant business, the great advantage was that, for the most part, engineering players did not have to leave their desks to hunt for new jobs. “Work came straight to our door”, remembered Alberto Coya, general manager of MWH, a company that recently merged with Stantec.

The last three years were very different. Big names in the engineering business had to downsize, create synergies within the different offices, look for new opportunities in new sectors and new countries, and develop commercial skills they had forgotten to be necessary.

“The market has changed a lot. During the boom years, it was relatively easy to carry out very profitable projects and mining clients paid high rates. Then, the low cycle forced clients to look for lower costs. We already hit rock bottom and we are going back to a bullish period, yet the market will not be the same as 10 years ago. Low cots will continue to be a requirement,” said Denys Parra, general manager of Anddes, a firm created by former Vector Engineering staff that grew very rapidly and counts 220 people in Lima.

Federico Schwalb, general manager of Buenaventura Ingenieros (BISA), another local firm, shared a similar analysis: “The last high-price cycle lasted for very long and was unprecedented in this respect: we had 10 years of very high prices. Then we entered a low cycle in 2013, which has also lasted very long. Now, with prices improving and with the cost-reduction efforts made by the industry, we are seeing positive results again –not to the levels as in 2013, but decent still.”

For companies in the bigger leagues that were used to handling large EPCM projects, the lack of new multi-billion projects meant a paradigm shift to make their businesses sustainable. SNC-Lavalin, for instance, had to restructure to serve its industries of interest more efficiently, while it also entered the environmental, social and permitting businesses working for both mining houses and junior companies –which was not an area of focus before. “We were primarily seen as a large EPCM projects company, but due to the lack of EPCM projects in the market, we have expanded our service offering,” said Alexandra Almenara, general manager of SNC-Lavalin in Peru and vice president of Women in Mining’s recently established Peru chapter.

In the case of MWH, even with the low cycle, mining still represents 85% of the Lima office’s business, the remainder coming from energy projects. The company has traditionally specialized in wet infrastructure, and last year it completed two emblematic projects for one of the country’s largest copper producers: a very large tailings dam, and a water treatment plant near the Chili river in Arequipa.

One of the strategies of MWH to offset the decrease of new mining jobs during the low cycle was to try to do work again for the public sector, namely in sanitation and irrigation projects, but the merger with Stantec is opening up new opportunities for the company in the mining sector as well. “Stantec has good expertise in underground mining in terms of reserve and resource calculation, energy for mining projects and material handling,” explained Alberto Coya. Stantec has actually chosen MWH’s 140-strong Lima office as the base from which it will try to grow its underground mining offering in Latin America.

Similarly, the Lima office of SRK Consulting has also expanded its scope after the multi-national consultancy merged with SVS Ingenieros in Peru. Now fully rebranded as SRK Consulting, the company has added significant resource evaluation capabilities to the areas of practice previously available with the SVS team.

Antonio Samaniego, director of SRK Consulting in Peru, affirmed that the firm managed to minimize lay-offs in Lima during the downturn. “Over the last months, one of the areas that has seen increased demand is due diligence reviews for project transactions, for either the buyer, the seller or the bank putting up the money.” The focus on cost reductions by miners also prompted consultants to produce numerous studies on operational efficiency, as Samaniego explained: “We have done many studies referring to mine services intended at controlling or lowering operating costs. Areas of focus included ventilation, dewatering and hydraulic backfilling.”

The decrease in metal prices put a number of underground mines in a difficult position, and some operators decided to introduce changes to the mining methods. In this respect, Samaniego recommended the following: “Before embarking on a change of the mining method, companies should carry out a study of the behavior and geomechanical characteristics of the mine, otherwise you can drastically increase dilution and even create a global stability problem within the mine, making the operation uneconomic.”

Finally, exploration is back

Mining Plus, an Australian consultant, is already feeling positive changes in the market. Paul Murphy, Mining Plus’ manager for South America, said that not only the amount of work has been increasing over the last months, but the nature of the jobs is also changing: “In the last few years we have been working on many cost reduction and deferral projects, which continue to be important, but greenfield projects (scoping, pre-feasibility and feasibility studies) and regional exploration programs are coming back.”

Within the mining food chain, exploration is the first segment to react to cycles. It is the first one to see its budgets cut off when the industry enters a low trend, and it picks up quite quickly when metal prices rebound. While companies often think that all money available should be spent on drill holes, Murphy recommends saving a small portion of the budget for a more strategic implementation of the drilling campaign: “There is nothing worse than having a 50 by 50 meter spacing when you should have used 40 by 40 meter spacing.”

Murphy illustrated common problems associated to a lack of thinking: “We had a client who designed a drill program in 2D, only to find that the actual drill spacing on the vein was not as they thought it would be, leaving a big hole in the middle of the resource once the drilling was complete and the rig had left the site. What a nightmare! The bottom line is, take the little extra time to plan the program well an get the maximum tonnes converted for minimum meters drilled.”

Exploration campaigns also involve engaging in community negotiations at a stage when the local residents may not see the difference between a major company and a junior player, generating expectations that are very difficult to manage. The mining sector is no longer the one of 30 or 40 years ago, when operators and engineers only had to define the technical aspects of a project. Today, the social factor is a key part of the equation, and consultancy firms have expanded their scope to assist clients de-risk the projects from this perspective.

POCH, a Chilean firm with 750 people across the countries of the Pacific Alliance, is working mostly on environmental and social projects in Peru, but it intends to use that base to grow its participation in the market in terms of its engineering capabilities. Francisco Rodríguez, the firm’s general manager in Peru, highlighted the importance of a holistic view of social issues right from the start: “The success of a project can be clearly defined within the first months of relationship with the communities,” he said. “Currently, between 12% and 15% of mining projects are facing social uprising by the adjacent localities or those in their area of influence. This is often explained by the companies’ vision of dividing the project in silos. Companies must re-engineer their projects looking at the community from the beginning, rather than expect the community to adapt to the new scenario.”

Tailings and mine closure work

The large volumes of water handled by mining operations, especially in large copper mines, prompts the question of how the industry should treat tailings and waste in general. Since the dam failures at Mount Polley and Samarco, consultants specialized in dam safety inspections have been very busy, monitoring dam conditions all over the world. Some people believe that it is time to move away from conventional slurry tailings, but the economics for alternative solutions can be very costly when involving large volumes.

Since the economic aspect is crucial to define the feasibility of using alternatives, consultants are thinking out of the box to make good use of the waste material. Alexandra Almenara of SNC-Lavalin said: “As consultants, our challenge is to be at the forefront of technology and look at alternatives to include waste material as part of the mining process. Tailings are already being used as hydraulic or cemented paste backfill, or as part of the underground mining process. There are many success cases of this in Peru.”

Waste management also has to consider the future mine closure process. Peru is already seeing its first modern mine closures with Barrick’s Pierina and Glencore’s Tintaya, and the industry should see more of these over the next years. While these closure plans will require large expenditures in different supplies, such as chemicals for cyanide destruction in gold mines, engineering firms will also have to work on the best solutions to integrate the former mines within the ecosystem from many perspectives. “Mining companies are not very prepared because there is not that much experience. The industry has developed several strategies, technologies and ideas of how to face a mine closure, but these are plans that are still just on paper. What has been done already is to close a sector within a mine, both in underground and surface mines. Those experiences, either good or bad, should be shared by the different players,” said Federico Schwalb of BISA.

Donald Hickson, mining director for Latin America at Amec Foster Wheeler, currently being acquired by Wood Group for $2.7 billion, anticipates the workload related to mine closure activities to increase significantly: “Tintaya and Pierina are both making efforts to close, in addition to Yanacocha, and we also recently won three contracts for Activos Mineros in remediation projects. Although there are water management challenges associated with closing a mine, we address the civil geotechnical component to offer physical and chemical stability as well as surface and ground water management,” he said.

2017 will be a very interesting year as it could abruptly change market needs. At a Peruvian level, there are no large multi-billion investments coming up immediately, yet the increased level of activity on all fronts, from exploration campaigns to new project studies and from operational efficiency to environmental and social work, could mean that consultancy firms suddenly need to mobilize stand-by experts and hire again to respond to market needs.

Mining is such a powerful industry in Peru that it has a ‘sponge’ effect, absorbing all resources available when the cycle is high. This could put an end to the shy diversification efforts by firms traditionally linked to the mining industry. Certainly, and despite all its flaws, many firms would be happy to see another mining boom over the next years.