Gas is currently cheap and should be used in preference to coal until South-east Asian nations move towards more environmentally friendly energy production. 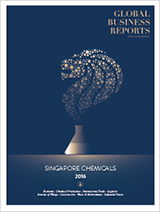 Less than one year after the historic COP21 Paris Agreement on climate change was negotiated in Paris, the treaty has been ratified. With most of the world’s major carbon emitters and four of the 10 Asean economies, Singapore among them, having already ratified the agreement, it is clear that a commitment has been made to take serious and concerted action on climate change. The big challenge now is how to turn the commitment into concrete actions.

For South-east Asia, climate change presents more than simply an economic or political challenge. Fundamentally, it will result in more dramatic weather events, leading to floods and storms that are particularly devastating for island nations. This means the region must work to adapt to a changing climate, while at the same time ensuring continued economic growth and providing access to power for those lacking it.

Many countries, such as those in South-east Asia where electrification is still increasing rapidly, will heavily rely on conventional generation for years to come due to the sheer scale of their demand growth. But the longer-term future of secure and accessible power generation in the region – and across the world – needs to be low-carbon electricity, including renewables and conventional generation with carbon capture and storage.

This transition will be difficult. Despite the declining cost of renewables, a lack of policy support and the difficulty in integrating variable renewables into 20th-century electricity grids have contributed to investment in renewables generation in the region falling last year to its lowest level in five years.

Outside of hydropower, support for renewables in South-east Asia has been strongest in Thailand, driven by long-term targets. Policies in the Philippines and Indonesia have also attracted investment. While a country like Singapore is limited by its geography in the extent it can take advantage of renewables, it is taking steps to bolster research and deployment efforts. Yet despite strong electricity demand, policies elsewhere in the region have not managed to attract significant new financing.

Gas is widely considered as a good transition fuel as it is relatively clean burning. Also, natural gas power plants can react quickly to demand peaks, and are thus ideally twinned with intermittent renewable options such as wind power. Recently, gas prices have fallen sharply as demand has slowed while new supply has come to the market. For gas-importing countries, the key challenge is to take advantage of this opportunity.

But is gas as cheap as it seems? The geography of South-east Asia means that most countries rely on long-distance imports, putting gas at a disadvantage vis-a-vis coal. This cost advantage has meant that developing Asia saw more than 75 gigawatts of coal come online in 2015, roughly the same amount as all the new renewable generation that came online across the region.

In developing Asia, outside of China, more than 50% of new coal-fired capacity has been subcritical, which means between 33 and 37% of the energy in the coal is converted into electricity. The implications of burning more and more coal in the region will be felt for decades to come. It would not just hamper efforts to reach climate goals, but could also have major implications for air quality.

So gas finds itself squeezed between renewables and coal, potentially slowing the transition to a cleaner energy system. South-east Asia could unlock significant demand growth for gas through implementing appropriate market regulation. This current period of low gas prices is the perfect time to do so. Clear, predictable policy can encourage investment in additional infrastructure, including in the Asean Power Grid, while opening the door to affordable, long-term supply contracts. Demand for gas could also benefit from governments enacting stricter environmental policies to curb air pollution.

By contrast, if energy investment decisions are based only on today’s market conditions, it could lock in patterns of consumption and fuel use that will have implications long into the future. This period of low gas prices will put pressure on producers – that is unavoidable. But for the region’s gas-importing countries, this is an opportunity to realize the policy and the infrastructure necessary to ensure a secure and sustainable energy future.

To strengthen our role in realizing this shared global energy future, one year ago I announced that the International Energy Agency was “opening its doors” to emerging economies, forging stronger ties with those countries that are increasingly critical to energy and the environment. The response from Asian countries has been remarkable. China, Thailand and Indonesia were the first countries to become association members, signaling enhanced collaboration on energy security, policy analysis, and data and statistics, along with stronger institutional ties. I am hopeful that other countries in the region will follow soon and that we can all work together to ensure the secure and sustainable energy supplies that are needed to foster economic development.

This article was first published in The Straits Times on 20 October 2016.